Making a tit of yourself in front of your daughter's new boyfriend: A dad's guide

TALKING to the teenage bellend shagging your daughter is never easy, but here’s how to make sure he thinks you are an absolute twat.

‘I had long hair too when I was your age’

A pointless gesture of hollow mateyness which he probably won’t believe while looking at the balding bonce in front of him. That’s if he’s even listening when the chances are his hormone-addled mind is wondering if your wife is fit.

‘I was in a band too back in the day’

Not really worth mentioning. Because, just as he is convinced him and his mates are destined to be the next Radiohead, he’ll be equally cocksure you were shit. And getting out that tinny old cassette recording will only confirm his suspicions. Only really works if you’re Robert Plant or, indeed, Thom Yorke.

While sacrificing a bottle of your favourite craft beer might seem like the ultimate sacrifice to you, to him it’s just lukewarm brown shit in a glass, and nothing like the cheap canned Aldi lager he loves. And don’t try to be all hip and cool by offering a vodka and Red Bull, because that went out with the Ark too.

Hit him with unsavoury details of your daughter’s childhood guaranteed to slightly put him off the relationship. Or simply bore him rigid with gripping tales of trips to the zoo and school plays. If you’re going to have to put up with this awkward charade regularly, he may as well suffer too. 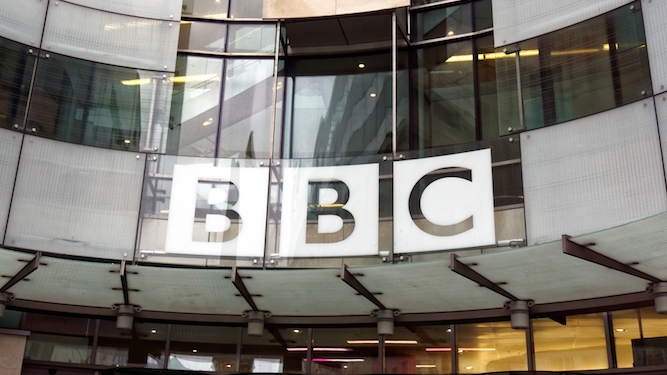 WITH the government keen to clamp down on supposedly ‘woke’ humour, here are the state-sanctioned jokes you can expect to hear on the BBC in the near future.

Not very funny, but definitely won’t bring criticism from the government. Won’t work too well with the Lib Dems as no one is quite sure who the leader is. Come on, do you?

Anyone who utters the s-word will set off a QI-style klaxon and ‘SNOWFLAKES!’ will flash up on your screen in block capitals to remind you to laugh. This will be totally hilarious to readers of the Sun, Mail and Telegraph, but will make the job of weather reporters difficult during the winter months.

Comedy shows will be encouraged to feature Mr Blobby-style national stereotypes from the EU. Tragically, many viewers will be bent double with laughter as Pierre Monsieur Frog trips over the string of onions dangling from his neck, or Herman German has an embarrassing wardrobe malfunction with his lederhosen and a sausage.

Laura Kuenssberg to get her own comedy show

The BBC’s political editor will dress as a jester, complete with a hat with bells on it, and deliver stringently non-political jokes punctuated by turns from show-off government ministers, eg. Matt Hancock juggling oranges. Worryingly, this will be a massive ratings hit.