A MAN who thinks it would be cool to have a ‘polyamorous’ relationship gets jealous and possessive when asked to share his crisps.

Office worker Nathan Muir has claimed monogamy is unnatural and he is evolutionarily hardwired to have sex with multiple women, despite only having slept with three of them in his life.

Muir’s partner Nikki Hollis said: “Nathan says he could handle me sleeping with other people, but when I asked for some of his pickled onion Monster Munch the other day he got really annoyed.

“I don’t think he’s thought this polyamorous relationship thing through. He seems to think it just means he can shag around and that’s all there is to it.

“But considering how tetchy he gets about other people dipping into his Frazzles I don’t think he’d be able to cope with me having amazing sex in our bed with a string of serious or casual lovers.

“With a bit of luck he’s just having another phase, like when he got obsessed with Breaking Bad and wanted to retrain as a science teacher.”

Muir said: “Me and Nikki having lots of different sexual partners sounds really hot. Hey, did you just have one of my kettle chips? Fuck off, there’s only six left.”

There is no non-wanky way to sign off an email, study finds 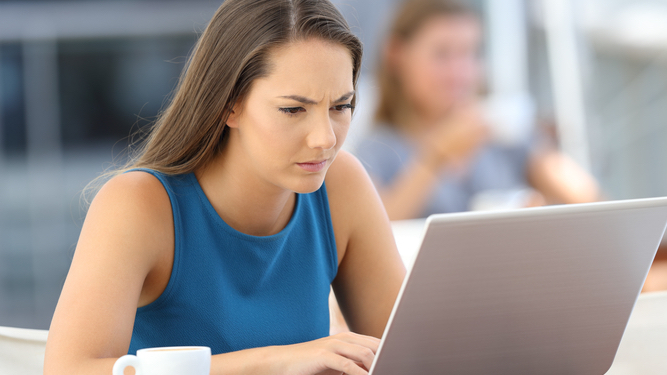 THERE is no way to end an email that does not make you sound like a bit of a twat, it has been confirmed.

The Institute for Studies found all email sign-offs suffered from problems such as being weirdly matey, passive-aggressive or sternly formal like a threatening letter from a bank.

Professor Henry Brubaker said: “Does anyone actually know what ‘kind regards’ means? Also it sounds a bit drippy and outdated, as if you’ve somehow received an email from a Victorian aunt.

“An abrupt ‘thanks’ sounds sarcastic, or as we academics would describe it, ‘a bit pissy’.

“Then there’s ‘Cheers’, which gives the impression you want to take the recipient down the pub for a blokey night out, when all you’re doing is sending a work email about some marketing toss.

“Don’t get me started on sign-offs like ‘Yours sincerely’, which make you sound like an elderly gran who thinks all emails have to be written like a formal letter of condolence.

“Even if you settle on the blandest, most non-committal expression, ‘all the best’, it just sends out the message ‘I have no fucking idea how to end my emails’.”