A MAN is under the impression it is cool to pretend his girlfriend is the boss of him.

Wayne Hayes frequently says things like “I’ll have to check with the missus” and “I’ll see if I’m allowed” even though his partner does not really care what he gets up to.

Hayes, 33, said: “I’ve been given permission to to go for a drink with my mate Paul on Saturday. Looks like I’m off the leash!”

However Hayes’ partner Nikki Hollis said: “I’ve overheard Wayne saying he needs to ask me before going out for a drink. No, he doesn’t. He’s a grown man. I’ve no idea where he gets this from.”

Friends verified that Hayes’ actions make him seem immensely feeble and somehow chauvinistic at the same time. They went on to say that, after asking him, it turned out he had never not been allowed to do things. 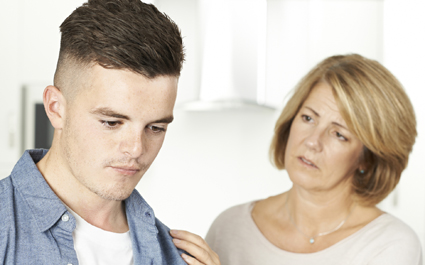 A MOTHER has been left concerned after finding a copy of the Conservative manifesto hidden under her son’s mattress.

51-year-old Mary Cook was cleaning her 14-year-old son Julian’s room when she noticed something hard and shiny stashed in the bed.

“I opened it up and there was a picture of Boris Johnson standing in front of a banner. I just sat down on the bed, feeling numb.”

Cook later confronted her son, saying that it was normal and healthy to be curious about politics but he should talk to her if he feels confused.

Julian Cook said: “Only Boris has the best Brexit deal for Britain, ensuring a prosperous future where the hard-working will thrive.

“Also, I am in love with Priti Patel and last night I had a dream where we went to a farm and stroked a goat.”