A MAN who is constantly telling people that he ‘doesn’t do relationships’ has not actually been offered one in years, it has been revealed.

Nathan Muir, 31, can be heard telling friends and coworkers on a near-daily basis that he does not want to have a romantic relationship, ‘because women are too much trouble’.

But his colleague Nikki Hollis said: “That’s fine by us – which is why no woman has shown interest in Nathan since before Clarkson got sacked from Top Gear, which is the other thing he talks about almost every day, too.

“He’s keeps saying that he doesn’t want to be tied down, but he can fly off into the sun for all we care. Toodle-oo.”

Muir does still have active and frequently updated accounts on several dating sites, but insists he is just “there for the poon”.

However, persistent rumours state that if Louise from finance was interested, Muir would happily abandon in his footloose-and-fancy-free position.

He added: “Have you heard something? Tell her I’m available whenever and we can do whatever she likes. I’d drag myself across hot coals with my tongue for her.”

'So it is actually chicken?' ask KFC customers 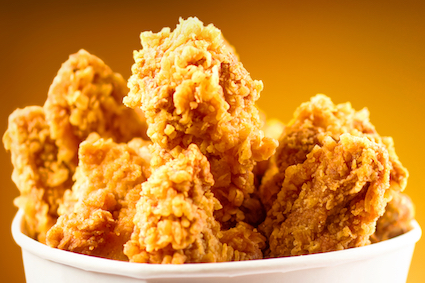 LOYAL KFC customers have been intrigued to discover the beige blobs they were eating were actually chicken.

KFC regular Nikki Hollis said: “To me it just tastes of city centre. I had no idea city centre is chicken.

“I always thought The Zinger and The Daddy were sexual positions, because a mate of mine did The Supercharger Twister and put their back out.

“It’s annoying KFC can’t toss some other meat in the fryer. How hard can it be to find ‘other meat,’ I thought everything tasted like chicken?

“There’s always toes and rats turning up in burgers but the point is no-one cares. Just whaz it in the deep fat, add cheese, add spice, we’ll eat it.”

Hollis added: “It makes sense why ‘chicken’ means coward. If you tasted that good you’d be terrified for your life.”