PEOPLE who say they feel happier without a relationship are lying to themselves and others, it has been confirmed.

Although they claim to be better off without a steady romantic partner, the nation’s singletons secretly crave a loving connection with another person and are just pretending not to be perpetually on the verge of tears.

Tom Booker said: “Not having a girlfriend is the best. I can do whatever I want, whenever I want. Except for knowing what emotional fulfilment feels like. Or have sex.

“Although I do get to stay up until 2am mindlessly scrolling through Warhammer 40K subreddits, which is probably way better than forming an intimate bond with an actual human being. I’m 38.

“If anything I pity those poor, shacked-up sods who have to endure the company of someone who understands them on an almost spiritual level day in, day out. It must be a real grind.”

Happily married friend Nikki Hollis said: “I’m not buying it. Whenever he hears someone has partnered up he bunches his fists and pops to the bathroom for a private howl of despair.

“It’s the same thing I do when my husband tells me we’re visiting his f**king family again this weekend.”

How to be vegan but not a prick 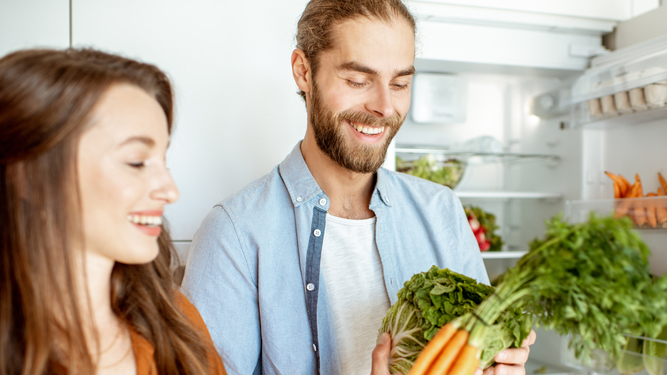 WHILE it’s fine to follow a plant-based diet, it’s less fine to get on everyone’s tits about it. Here’s how to strike that delicate balance.

Talk about literally anything else

Chat about anything not veganism, even tedium like the the weather or footy, which are basically just social glue. Luckily there’s a fair bit going on right now. Who knows, people might be more interested in this virus thing or World War 3 that than you explaining in coma-inducing detail how you made aubergine stew?

Even if you’re eating out

If you’re eating out, don’t bang on about it then either. Meat eaters don’t think only having one type of lamb bhuna on the menu is a personal slight. Peruse the menu then quietly order the least appealing thing there. It’s unfair, but that’s the dish for you. The one the chefs resent cooking. Probably something that’s basically just a baked mushroom.

Don’t try and recruit others

It really is futile trying to convert people. Others have thought about veganism and just don’t care about cows that much. You have to admit they’re pretty thick. We know how we live is cruel and it’s bad for the environment but we’re too old, set in our ways and addicted to the great taste of £1 Iceland microwaveable kebabs. And stop telling us how much better you feel. You’re wasting your breath with us bastards.

Don’t take it too seriously

It must be exhausting remembering you’re a vegan all the time. However only twats make an issue of vegans not being 100 per cent consistent all the time, and they secretly know it’s a Good Thing. Frankly if you feel like a bacon sarnie or lamb chop from time to time, fill your boots. You’re way ahead on ethics anyway.

Don’t ruin meat for the rest of us

For people who don’t eat meat, vegans are obsessed with it. Why else go through the charade of pretending a sliced cauliflower is ‘steak’? Cooking a jackfruit does not leave you with pulled pork, unless you’re a medieval alchemist. Just call your food what it is. Which is ‘pretty bland’.