The wealthy pricks, and other hideous couples everyone knows

DO you know an annoying couple whose awfulness is compounded by the fact that there are two of them? Here are five unbearable duos you hate running into:

These two are always off bouldering or running half marathons and their entire personalities are based around being smug about it. Part of you hopes their next white water rafting trip ends in tragedy, especially as they’re both so physically fit that their sex life must be far more athletic and satisfying than yours.

Despite growing up in 21st-century Britain, this pair refuse to pander to the convention of paying someone else to do anything that requires more practical skill than changing a light bulb. They grow their own vegetables, sew their own clothes and installed their own septic tank. They’re so self-sufficient that they only need to work part time, which you definitely aren’t jealous about at all.

The couple who always row

Love doesn’t last forever, but these two have never got on. Whether she’s telling him he’s a boring prick or he’s telling her she’s had too many glasses of rosé, there’s always a fight brewing and they’re always the centre of attention. But they’re worth inviting to dinner parties to make yourself feel marginally better about being single.

Part of adulthood is coming to terms with the fact that some of your friends made better life choices than you, and are now business lawyers married to a civil servants with enormous double incomes. While you were fannying around trying to be a conceptual artist after university, they were buying up a portfolio of rental properties. And yet you still always end up splitting the bill 50/50.

Next to this pair your marriage is a joke. Always happy, never complaining, clearly deeply in love, they’d be inspirational if they didn’t want to make you vomit. However, you’re playing the long game as it will be worth putting up with their infuriating happiness when you get to witness the crushing disappointment as the honeymoon period finally and inevitably ends.

Working out how to pay his mum back: How Andrew will spend the jubilee celebrations 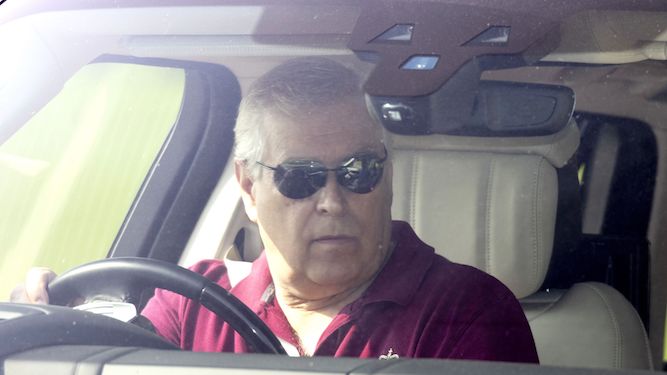 PEOPLE who have just settled a sexual assault case are not welcome at jubilee celebrations. This is how Prince Andrew will mark the occasion:

Working out how to pay his mum back

The Queen bankrolled Prince Andrew to the tune of millions of pounds, but this was a loan, not a gift. As she waves to an adoring crowd from Buckingham Palace’s balcony, he’ll be watching the celebrations on telly while frantically selling off his dwindling assets in an effort to balance the books.

He knows this is going to be a field day for the press so he doesn’t want to make it any worse. Woking is of course off limits, but to play it safe Prince Andrew will maintain a generous distance from Pizza Express branches across the country. Instead he will order their pollo pancetta via Uber Eats under the pseudonym P Andrew.

There won’t be anything worth watching on the main channels, so Prince Andrew will kill some time by watching Dave instead. Repeats of vintage episodes of Have I Got News For You will be a welcome distraction from the contemporary hell he’s living in, and will hopefully have a slot mocking Charles’ organic biscuit empire. He’s meant to be the idiot of the family, after all.

Staying home and counting his blessings

The four day bank holiday weekend when most of the celebrations will be held is at the beginning of June, so hopefully the weather will be nice and warm. Andrew will spend the day doing a little light exercise to work up a sweat, as he’s now free to stop claiming he isn’t able to.