STRUGGLING to find a polite way of letting your date know they absolutely won’t be getting laid tonight? Pull out any of these stock phrases.

You’re not over your ex

Give them the impression that you’re struggling emotionally with a recent break-up and that’s why they’re getting an Uber home alone, not the fact that they ate their bolognese like a rabid bulldog, and spent 30 minutes talking about how the Queen’s really a lizard.

Nobody can argue with the absence of a ‘spark’ as it’s ludicrously vague. It lets your date leave thinking that it just wasn’t meant to be, rather than you being disgusted by the visible piss stains they had on their trousers when they came back from the toilet.

I see you more as a friend

While this may seem like a pretty kind let-down, give it even a second’s thought and it’s a real slap in the face. You’re basically saying that you enjoy their personality, but fundamentally find them too physically repulsive to ever consider sleeping with.

I’ve got work in the morning

This will make your date think you’re too much of a consummate professional to jeopardise your career. Really they should take the fact that you’re putting your 11am shift at the counter of the juice bar above the prospect of having sex with them as a grave insult.

‘Compatibility’ has nothing to do with whether or not you’d like to shag someone. However, your date doesn’t need to know this. Although maybe they’d have stood a better chance if they hadn’t spent the entire film making annoying ‘That’s what she said!’ jokes. 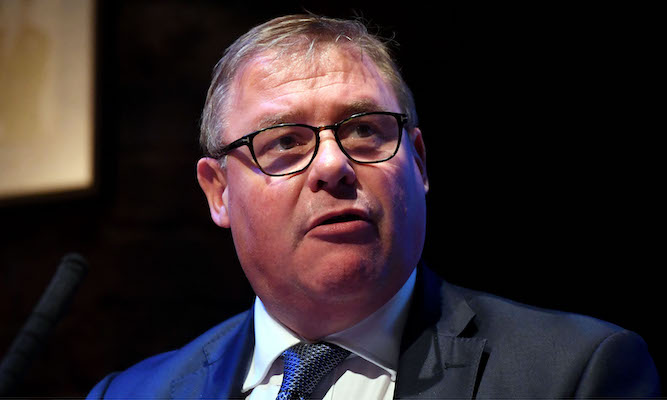 ANGRY balloon-faced Tory MP Mark Francois has called for more respect in public life, despite not having a spotless record himself. Here’s what he’s demanding.

Just don’t. I did say ‘We’re signing your death warrant’ to a Remain protester, but that was obviously a harmless metaphor and if you don’t understand that you’re clearly a thick-as-shit leftie or a humourless kraut Nazi.

Twitter is used to criticise MPs, so everyone must be banned from using this popular resource. Apart from politicians like me, who need it for important Poppy Day posts to shame unpatriotic traitors.

When I childishly tried to stare out Will Self like I was going to hit him and mimed cutting Theresa May’s throat that was ages ago so it doesn’t count.

The internet would be much safer if people had to use their real names. And give their address and phone number. Also it will be easier for MPs and right-wing journalists to hound insignificant members of the public and get them sacked. That’s obviously the right thing to do.

Anything at all that undermines MPs puts them at risk. This isn’t some dubious ‘slippery slope’ argument – think of the number of times you’ve said ‘That bloody cat!’ when it’s miaowing to be let in, and before you know it you’re drowning it in the canal.

So what if I referred to ‘Juncker in the bunker’? Lighten up, Jean-Claude, and see the funny side of a legitimate democratic politician being compared to a brutal dictator with a murderous hatred of Jews.