TINDER has confirmed that all the people who get swiped left are thrown in a dungeon.

A company spokesman said: “We’ve been debating whether or not we should tell our users, as we thought it might put them off a little bit.

“But we decided it was best to let them know that when they swipe left on someone, they are condemning that person to a dark, horrible, smelly fate.”

The spokesman added: “You think that guy with a picture of himself half-naked on the beach looks like a twat?

“Let’s see if you prefer seeing him starving in a filthy dungeon in a way that’s perfectly legal thanks to a loophole in the 2003 Communications Act.”

The spokesman said the only way to get someone out of the dungeon was to subscribe to Tinder Gold. 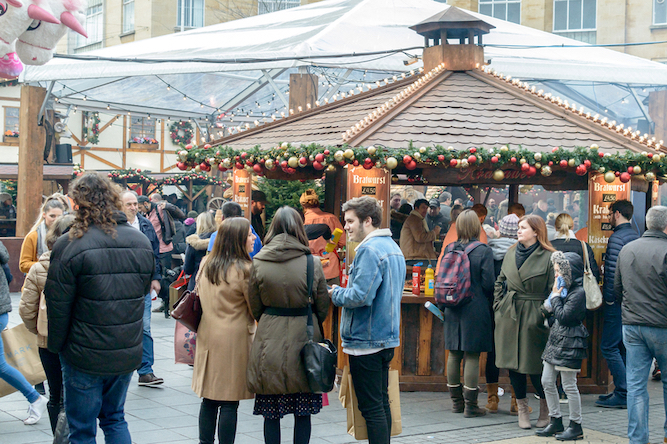 A MAN has set out on an exhausting one-month trek through streets lined with wooden cabins selling overpriced tat.

Nathan Muir popped out for a quick look round his local Christmas market at the weekend but is not expected to return home until the end of December at the earliest.

Muir said: “I forgot about the shuffling crowds of dead-eyed shoppers who make browsing Christmas markets as pleasant as wading through dung.

“I’m trapped in a maze of mulled wine stands, ‘currywurst’ stalls, and sheds filled with crap nobody needs, like wooden bow ties.

“I may also choke to death on all the fake snow.”

Muir’s wife Sarah said: “If he isn’t back by the start of January I’ll cut my losses and settle down with whoever I accidentally shag at the office party.”