SORT of seeing someone but sort of not? You can get away with these behaviours that would be otherwise unacceptable:

Had a decent enough time with someone but want to call things off? Simply never text them again, block their number, and blank them if you bump into them in the street. It’s easier than letting them down gently like a decent human being, and thanks to the low bar that’s been set nobody would be that surprised.

There’s nothing wrong with sowing your oats so long as everyone is on the same page. But if you’ve been seeing the same person semi-regularly for weeks or months, you know deep down that you’re cheating if you’re shagging someone else on the side. After all, if you didn’t feel guilty about it you’d have no problem with telling them, right?

By its nature, casual dating relies on forming a good impression quickly in order to impress other people. And whereas most people create grotesquely inaccurate dating app bios in order to turn heads, it’s also acceptable to charm the pants off someone until they f**k you. Then they’ll ask you to leave as they ejaculate.

You haven’t heard from your crush for weeks, which you’re taking as a sign that they’ve got bored. Then they’ll text ‘thinking of u’ at midnight to reignite your interest, after which they’ll give it a fortnight before replying to your pathetic flurry of messages. If anyone else was this inconsistent with their communication you’d bin them.

Not committing to f**king anything 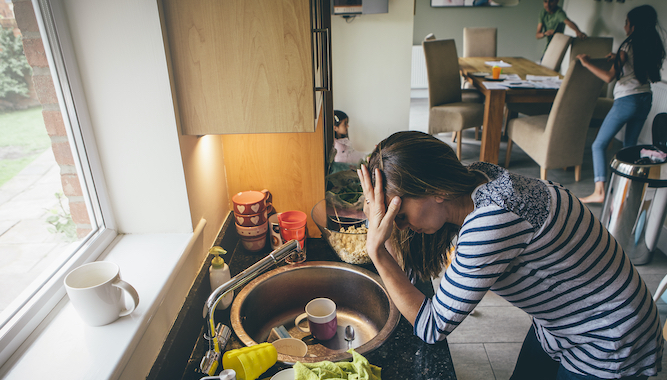 THE half-term holiday is triggering the PTSD parents developed during last winter’s unbearable f**king lockdown, they have confirmed.

Across the UK, parents are responding to requests from children to ‘make a rocket out of a Coke bottle like on YouTube’ by falling to their knees and clawing at the sky like Charlie Sheen in Platoon.

Mother-of-three Jo Kramer said: “I thought it was all behind me but a few days in the house and I’m back there, back in that eternal winter lockdown I never truly left.

“The screams of children fighting over an Xbox controller. The splatter of rain against the windows. The suffocating boredom. Walking purposefully upstairs to scream into a duvet.

“I knew it was all a dream; the vaccine, the opening up of society, the flowering of hope. Once you’ve slammed into cold, hard reality like I did those three months it never leaves you. Happiness is an illusion indulged in by the weak.

“They say ‘it’s only a few days’. Bollocks. Once again I’m a caged animal, circling my own offspring, wondering who will be the first to strike.”

Husband Andy Kramer said: “What’s that? I’ve been out at work. Hey, who fancies a jigsaw?”