Who's the most annoying in your relationship? A fun game for couples

DOES your partner frequently drive you up the f**king wall and vice versa? Find out which of you is the most annoying by totting up your scores from our list before you split up.

Shit friends: Subject your partner to: a tiresome female friend with endless boring relationship problems, or male mates who are into real ale or motorbikes. 7 points

Last-minute packing: Going on holiday? Make everything stressful by not putting stuff in a suitcase the night before and now there’s a cab outside. 4 points

Leaving the f**king lights on: Leading to the very minor but boring hassle of turning them off. 2 points.

Farting in bed: Never pleasant, but extra-horrible if you then smell them, or force your partner to in a ‘Dutch oven’. 7 points

Dishwasher and washing machine issues: Things can easily be put in an automated system that cleans them. This should not be a problem. 6 points.

Poor taste in TV and films: Repeat viewings of Love Actually are painful. But so is your partner making you watch Aliens again for the 30th time, even if it’s the best film ever. 6 points.

Not doing sex properly: Orgasms can be achieved for both with a little consideration. However leaving your partner unsatisfied is bad, particularly if you then wander off to the kitchen to make a cheese toastie. 9 points.

Awful hobbies: Hill-walking is grim, but worse things exist. If you’re expected to be interested in Star Trek conventions or carp fishing, it may be time to get divorced. 8 points.

The five terrible albums in your parents' CD collection 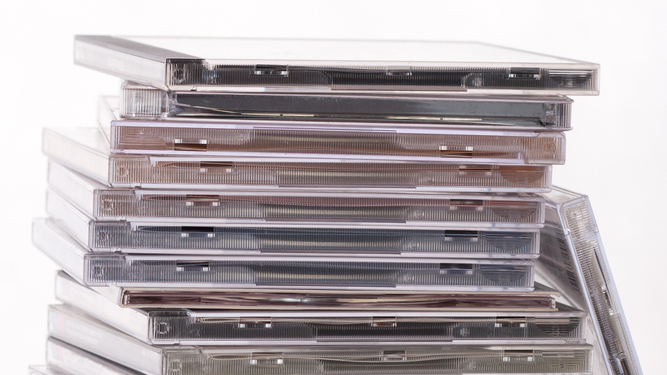 MUSICAL tastes are varied and subjective, but every parent has bought and listened to the same shitty albums. Here are the awful CDs cluttering up their racks.

Commemorating the armed forces is all well and good, but a collection of World War I marching songs belted out by families of those who served doesn’t exactly make for enjoyable listening. Your mum only picked it up because it was on clearance by the WHSmiths self-scan checkout and instantly regretted it.

U2: The Joshua Tree

Just as every student house has a poster of Amelie, every parent has a copy of this middle-of the-road album. Your dad says tracks like ‘With or Without You’ remind him of his misspent youth, whereas in reality he just listened to it on a loop while he toiled away in a dead-end job office cubicle.

The soaring score that accompanied the 1969 movie is decent enough, although it doesn’t sound half as good when it’s blaring out of your parents’ Volvo 240. That doesn’t stop your dad winding down the window, feeling the wind through his hairless scalp, and imagining that he’s swooping over the White Cliffs of Dover in a Spitfire.

A Christmas 2012 stocking filler for your mum that’s still in its original shrink wrapping. It will never be played, but every now and then your mum likes to look at the sexy Il Divo boys on the cover. Your dad also likes it because he got it on the cheap with his MVC loyalty card.

Despite containing decent tracks by the likes of ZZ Top, this CD’s rock anthems are somewhat undermined because they’re endorsed by the Mail. They’re probably just the cheapest tracks the paper could get copyright clearance for, and it’s a bit off-putting, like imagining your parents trying different sex positions.