Woman on terrible date has fingers crossed she'll be ghosted

A WOMAN on a terrible date with a dickhead is secretly hoping she is playing this well enough for a ghosting.

An hour into an awful date with Oliver O’Connor, Sophie Rodriguez already hopes he brutally cuts contact with her and blocks all her accounts, leaving her world without even a single trace of him.

Shaw said: “He sent his steak back to the kitchen, told me about his ex’s new boyfriend’s million-pound house and car, and the only question he asked me was ‘I suppose you work in an office?’ I’ve never wanted anyone to disappear without a trace more in my life.

“I don’t care when or how he ghosts me, but the sooner the better. He could leave between courses as long as he pays the bill. I’d be eternally grateful to the piece of shit.

“I’ve got to nudge him in the right direction. Bad table manners, mentioning I’m a feminist, dropping in that I’m on bail for drug offences. That should do it.

“Either that, or he’s exactly the kind of wanker who’d ghost you the same night you slept with him. Worth a thought.”

O’Connor said: “It was a real grind for the first hour and I was thinking of bailing, but when Eleanor said she’s high-maintenance, emotionally unstable and has daddy issues I decided she was a real keeper.” 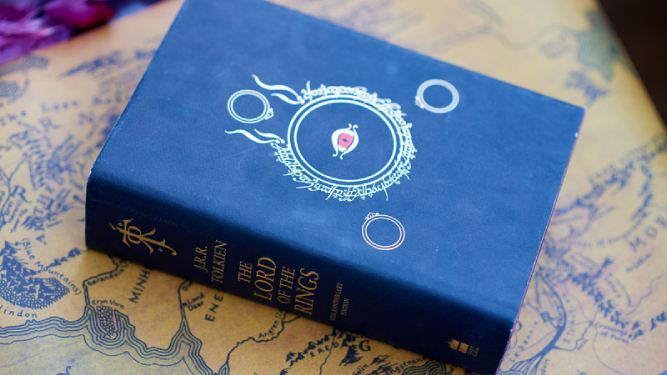 LORD of the Rings characters and middle-class babies are both detached from reality with stupid names. Can you tell your Tom Bombadil from your petit bourgeoisie?

A) The banner-bearer and herald of Manwë, Eönwë is known in The Silmarillion as being the best with weapons in all Arda, and gave great wisdom to the Edain.

B) An eight-month-old with a verified Instagram account for his original art, which was been described by some as ‘so advanced’ and others as ‘who do they think they’re f**king kidding’.

A. A dwarf who joins Thorin Oakenshield’s Company on the quest to reclaim the Lonely Mountain and its treasures from Smaug in The Hobbit.

B. Your boss’s bratty daughter whose crap fairy cakes you are being forced to eat, even though you clearly saw her licking the icing off them five minutes ago.

A. The comically villainous dragon from Tolkien’s medieval fable Farmer Giles of Ham who invades the Middle Kingdom for a feast of livestock and eventually men.

B. A toddler wearing a purple fedora whose full name you learn when you ask their mother the foolish question, ‘Is Chris short for Christopher?’

A. The Children of Húrin’s elfin princess who loves Túrin deeply, although his abandonment of her gets her murdered by orcs.

B. A seven-year-old that only wears neutrally coloured smocks, and who had to be taken home early from nature studies due to a ‘biting incident’.

A. A minor character in The Return of the King who works in the storehouse and buttery for the Guards of the Citadel in Minas Tirith.

B. The boy in your child’s class who cannot have white bread because his family is morally against it.

Every name is unfortunately both. These are all characters that appear in the pages of a Tolkien story, but it’s also sadly inevitable that some twat in Clapham has a new-born called Gandalf. Still, it serves as a warning.