A PANICKED woman has texted 28 friends to canvas their opinions on what the ‘hello’ she received from a Tinder match could mean.

Lucy Parry, 26, also asked for advice on how to respond to what she viewed as an opaque and intriguing message with many potential interpretations.

Parry said: “I sent desperate messages to all my closest friends, a couple of co-workers and my mum. I even popped a message in the Ocado customer service chat.

“One friend replied saying that ‘Hey’ would have been a better greeting, as ‘hello’ suggests they are really uptight and potentially a psychopath.

“Another wondered if the lack of capitalisation and punctuation in the message indicated that the sender might be poorly educated and therefore not suitable for me to procreate with.

“Someone else replied ‘Who is this?’ and my mum rang me for a half-hour sob about where she had gone so wrong with me. So ultimately I was none the wiser.

“In the end, after five hours of agonising, I sent ‘Hi’ and he immediately responded with a dick pic. So I blocked him. Basically, your average Tinder interaction.” 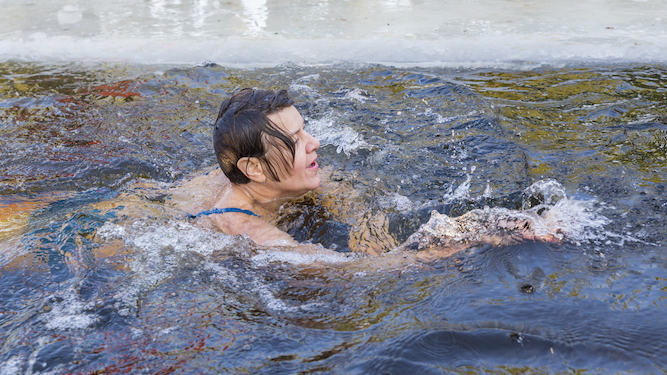 SWIMMING in cold water during the winter months is the latest wellness fad that people are sick of f**king hearing about.

Enthusiasts claim it is ‘invigorating’ to endure near-hypothermia and frostbite simply so they can show off about how committed they are to being both healthy and smug.

Martin Bishop, whose wife Carolyn has taken to swimming in the sea every morning, said: “I thought swimming in winter was only for Olympic athletes and those leathery old perverts who are always on the news in their Speedos on Christmas Day.

“I accept that it’s good exercise, but exercising is already unpleasant enough without the added risk of either freezing to death or drowning. Not to mention having to deal with my knackers crawling back up into my abdomen.

“The amount she bangs on about how wonderful it is, it’s like she’s constantly trying to reassure herself it isn’t just some weird form of self-torture.”

Carolyn Bishop said: “Oh, it’s marvellous, you simply must try it. Did you know cold water is great for heart health? And there are so many other benefits too. Have you got a spare three or four hours?”