A WOMAN who told her friends she ‘doesn’t do gossip’ will not be invited for drinks again, it has been confirmed.

Emma Bradford, a self-labelled ‘thinker’ who ‘doesn’t want to spread negativity’ and believes ‘the universe gives back what you put in’ will now be excluded from Wednesday night cocktails at Becky Smith’s house.

Smith said: “I was just telling the gang about how Sarah from work is getting a divorce because she and her husband were having an affair with the same woman and it’s turned into a vicious custody battle for the new lover, when Emma piped up.

“She did that thing where she sanctimoniously half closes her eyes and says ‘can we change the subject, please?’ She could have changed the subject by saying something interesting, but she obviously wanted to make us all feel like arseholes.”

Bradford said: “I’m just thinking about how poor Sarah would feel if she overheard us talking about her like this. It’s not very nice, is it?”

Bradford was then handed her coat and shown the door.

It is understood Bradford will be the main topic of gossip at the next cocktail night, regardless of what the universe thinks. 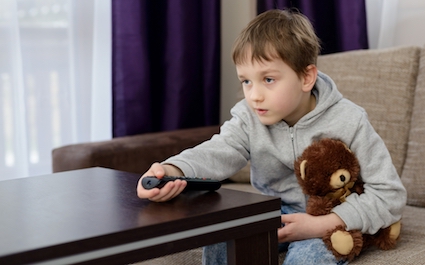 A COUPLE are celebrating with prosecco in bed now that their child can fend for himself until midday, they have confirmed.

Emma Bradford and husband James have confirmed that they will remain in the bedroom until lunchtime before taking six-year-old son Franklin out and buying him a new toy for being such a good boy.

Emma said: “Amazing. The only way I’ll see 6am on Saturday again is when I’ve gone straight through from Friday night.

“I’d resigned myself to playing Lego to the soundtrack of Paw Patrol from dawn for the rest of my life, so we were pretty confused when we woke up and the clock said 10.37am.

“I immediately assumed Frank had been dragged from his bed and eaten by foxes or something, but when I ran downstairs I found him eating a bowl of Rice Krispies in front of Dinosaur Train. It was magical. Like Christmas without the bullshit.

“I crept back upstairs and told James and he wept tears of pure joy. Then we cracked the prosecco and binge-watched Don’t Tell The Bride. It’s been literal heaven.”

She added: “Technically we should take him to a museum or something rather than sticking him in front of a screen for five hours, but we’re in a golden age of television so it’s fine.”