AN expert in Photoshop and other graphics software, has found conclusive proof that ghosts exist.

According to Stephen Malley, the existence of ghosts, commonly assumed to be human souls, has now been established by a series of inexplicable photographs.

Malley said: “I first saw the ghosts while scanning an innocuous set of family photos and worrying about my next mortgage payment. Then it turned out there was a small spectral child and an evil monk no one had noticed at the time.

“I’m now rethinking my entire view of life, death and the possibility of human consciousness existing outside corporeal form.” 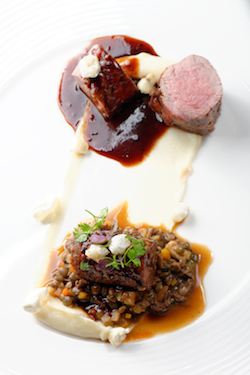 THIS year’s Masterchef is the head cook at Tootings Southern-Style Chicken, Kebab, Pizza and Curry takeaway restaurant in south London.

Restaurateur and manager Tom Logan beat off actual chefs with his mainly-microwaved selection of food for drunk people.

Logan said: Its hard to take part in Masterchef when youre also trying to organise the roster for delivery drivers, but I knew my pizza topped with kebab meat would impress the judges.

When Michel Roux went Ooh! at my lukewarm chicken burger with a range of free dipping sauces because it was a bit late, I knew I was in with a chance.

Masterchef judge Greg Wallace said: When I bit into the deep-fried chilli and mozzarella cheeseballs it was as though a taste explosion hadnt happened in my mouth.

I could have eaten at least two more of those after getting in from the pub.

Logan is now planning to set up his own restaurant chain specialising in international cuisine that can be taken out of a chiller unit and reheated in a microwave.