65 per cent of all bullsh*t in PowerPoint

ALMOST two-thirds of all bullsh*t is presented in PowerPoint format, it has emerged.

The Microsoft presentation software, which dominates all team meetings, adult learning and quarterly conferences, has been named as the key source for the useless toss that dominates our lives.

Professor Helen Archer said: “We’ve been trying to work out why there is so much f**king bullsh*t in the world, and we’ve traced it back to PowerPoint.

“The first UK outbreak appears to be a 1991 marketing business in Soho, a fetid environment tightly packed with proto-hipsters and the terminally suggestible.

“From there it spread like wildfire through the middle-manager class and now there’s barely a gathering of four people where someone hasn’t prepared a 16-slide PowerPoint to spew mindless crap over them all.

“We’re issuing official guidelines warning that any screen showing images of large question marks or stock pictures of teamwork is exhibiting dangerous levels of bullshit and should not be approached.”

She added: “If you find yourself trapped in a PowerPoint presentation, it’s too late. You’ll probably be giving one yourself within a fortnight.” 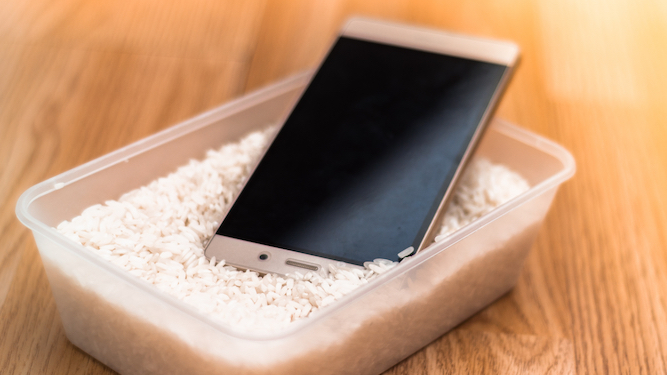 A MAN’S attempt to revive an iPhone dropped in a sink by placing it in rice has sadly failed because rice is not magic.

Wayne Hayes, aged 35, dried and placed his drenched iPhone 6S in a bag of rice then patiently waited for it to come alive again, with all the faith of Elliott in E.T.

He said: “It’s not doing anything. What’s wrong?

“I thought by now some kind of blue wispy energy would be spiralling out into the rice which would glow at first red then dim as it absorbed all the bad water, by the power of rice.

“Instead it’s just sitting there, off, as if its delicate internal workings are full of washing up liquid and bits of egg, and it’s a tiny and incredibly complex computer and rice is just a simple starchy grain.

“It felt like arcane wisdom passed down for generations. Reverently put the book of all knowledge within the sacred rice and the evil juices would be withdrawn by some incredible sorcery.

“But did it work? Did it bollocks. I fished it out in the morning and it was still completely dead. But there is now rice in the charging socket.”