APPLE has been forced into an embarrassing recall of the entire first batch of its long awaited iPhone after users reported problems with its on-board toaster.

Carl Knutz, an early adopter of San Andreas, California, said his two-slot iPhone produced one raw slice of toast and one that was burnt to a cinder and inedible.

He said the problem was particularly frustrating as the iPhone’s built-in roasting oven and low fat grill “worked a treat”.

Mr Knutz said: “I was sold the iPhone as the perfect solution for satisfying all my breakfast time needs. I could read emails, surf the web, grill some bacon and do toast all at the same time with the one gadget. Well I can’t, the toast is rubbish.”

Despite the toaster glitch most users are reporting themselves delighted with the iPhone. Bobby Killitz, 23, a glasses wearer, also of San Andreas, said he had cooked an entire chicken dinner in his phone, and it had emailed him to tell him when it was ready.

Danny Kravitz, 25, the brother of a musician, said his phone had babysat his 11-month old daughter while he went to a bar and did not email him when she started crying as it knew it was nothing serious.

Even so Apple user forums are buzzing with complaints about the quality of iPhone toast and the company’s boffins are said to be working around the clock to sort the problem.

Steve Jobs has put up a personal video message on the Apple website apologising for the toaster glitch but reassuring users that it is a software issue that will be sorted soon.

Mr Jobs said: “We updated the iPhone software after all our laptops overheated and blew up but that appears to have affected the element in the toaster. Or it maybe it just needs a new washer.”

Meanwhile it has emerged that all the first batch of iPhones have also been built without any microphones being installed. This was not discovered until all of them had been sent to the shops as no one had thought to use one to make a call. 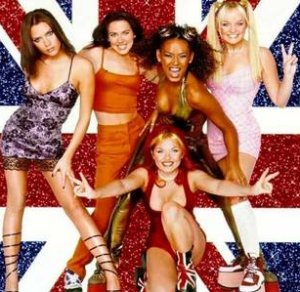 THE Spice Girls are re-uniting to take their glittering “Avarice” show on tour citing a deep love of money as the driving force that brought them back together.

Posh, Sporty, Scary, Baby and Ginger said they all still had millions in the bank but would love to get their hands on more if people were daft enough to hand it over.

Sporty, also known as I’ll Never Work With That Cow Geri Spice after the band split in 1998, said the murderous hatred each felt for each other still remained.

However, she said the prospect of picking up millions for a week’s work meant it was worth touring “with those slappers” for a few days, as long as each had their own plane.

The girls promised the show would feature a number of spectacular innovations including a giant Hoover in the roof of each concert hall to suck even more money out of fans' pockets.

Sporty said she was planning to use the money from the tour to buy “a herd of tigers” and then have her entire body tattooed like a crossword puzzle.

Ginger is planning to purchase a new merkin for her ladygarden and a small African nation, with a sea view.

Scary said she wanted the cash to pay for a professional hit on Eddie Murphy, while Posh is still looking to buy some class.

Pete Piffle, skiffle critic with the Melody Maker, said: “It will be great to hear the girls sing again, assuming, of course, that they sang the first time.”