FANS awaiting Apple’s new operating system have lined up in their front rooms to be the first to download it.

iOS7, which promises to bring thrilling cosmetic differences to iPhones and iPads, comes out later today and Apple fanatics are predictably losing their shit.

Tom Logan said: “The wireless isn’t as strong in the bedroom, so I could have been as much as six seconds late to the download party.

“But because of my unswerving devotion I took the week off work and am now seated two feet nearer the modem than my housemate.” 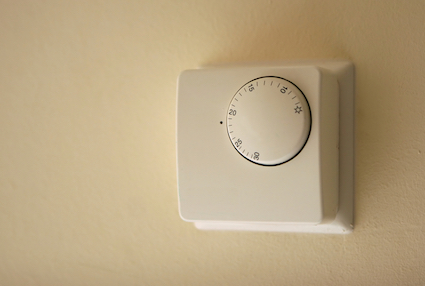 TURNING the heating on after the summer is as traumatic as losing a reasonably well-liked relative, it has been claimed.

The Institute for Studies found pressing the boiler’s ‘start’ switch for the first time since the now-distant summer was a hugely traumatic experience.

Professor Henry Brubaker said: “You’re acknowledging the death of the summer, the death of joy, and heralding months of gloom punctuated only by Christmas. Fucking Christmas.

“It’s as bad as losing a pet. Perhaps not a proper pet like a dog, but certainly a cat, if it’s one of those weird cats that never really comes in the house.

“Or a somewhat estranged grandparent who lives a long way away and you never properly bonded with. Anyway it’s sad.”

Father-of-two Tom Booker said: “The hardest part was telling the kids. They kept asking me why there was a gurgling sound coming from the radiators.

“Eventually I had to tell them that summer was dead.

“They asked if it was going to be okay. I had to tell them no, it isn’t. Then I went upstairs and got under a blanket.”