Buy a Prius or Mork will shoot you in the face, say experts

MORK from Ork will blast your face off unless you reduce your average fuel consumption to 62 miles per gallon, scientists have warned.

Environmental campaigners now say anyone who does not drive a randomly priced, hybrid car and bottle their own gas should be made to wear a placard reading ‘it was me’ and be pushed to the front when a vast fleet of interstellar deathships arrive at the end of next month.

Professor Henry Brubaker, of the Institute for Studies, said: “We now need to have a debate about whether angry alien genocide research is more terrifying than one of those book covers that has huge waves crashing against the middle of Big Ben.

“And it has surely got to be more effective than some fucking documentary called ‘The Last Gnu’ or ‘Cry Me a Desert’.”

He added: “My initial research confirms it is now imperative that we pinpoint a likely planet from whence our murderers will emanate and then publish painstakingly accurate drawings of what their flying saucers will definitely look like.

“We should also give them a name. I suggest ‘the Monbions’.”

Julian Cook, professor of alien vengeance at Roehampton University, said: “We know from ancient intergalactic records that the planet Harbalmabab was incinerated by the Jeebles because they failed to meet their domestic solar panel installation targets.

“I fear that space history may be about to repeat itself.” 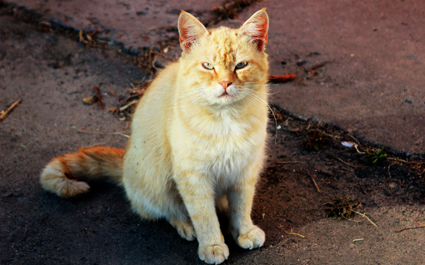 Violence erupted in a Swindon back garden in the early hours of Saturday morning when local residents were alerted by low growling, some hissing and a heavy thud as Sparks fell off a fence.

Sparks was left with facial injuries, incurring a veterinary bill for £110 including injections. Meanwhile Jazzy, who has a history of confrontational behaviour, now faces the possibility of losing his testicles.

Jazzy said: “It was territorial self-defence. I emerged from the house at 3am to find an intruder jetting his spoor over my garden like a broken fire hydrant.

“I made myself look marginally bigger and approached very slowly at a slight sideways angle, in accordance with accepted protocol. Sparks then swiped with his left paw and I was forced to act.”

He added: “Ask yourselves, if you awoke in the middle of the night to find an intruder spraying warm urine over everything you hold dear, would you have behaved any differently?”

Sparks said: “The area Jazzy describes as ‘his’ garden is actually between our two properties and belongs to an elderly woman who has no cats.

“It is widely acknowledged as neutral territory and is used by the local cat community as a toilet and napping area.

“So I think Jazzy can kiss his balls goodbye.”