Crowdfund started to have Nigel Farage fired into the sun

OVER £100,000 has already been raised to strap Nigel Farage to a rocket bound for the centre of the sun.

Organisers of ‘Farage Fired Into The Sun’ have been inundated with offers from scientists and engineers to build the one-way craft for the frog-faced former UKIP leader.

Volunteer Nikki Hollis said: “Fundraising is simply a matter of showing people a photo of Nigel Farage and telling them that the sun’s surface is 5,500 degrees Celsius.

“I pull a shopping trolley around with me because as soon as I outline the effects of hot plasma on a Crombie coat people just hand over their change jars and the contents of their pockets.”

Hollis added: “I’ve dug wells in Malawi and built schools in Cambodia but nothing will give me a sense of achievement like watching Farage leave the Earth’s atmosphere.”

Donor Roy Hobbs said: “I nod hello to my Somalian neighbours and tip the driver when I get a curry delivered, but as a white person who isn’t a mad racist this is the best thing I can do to show I’m not a prick.” 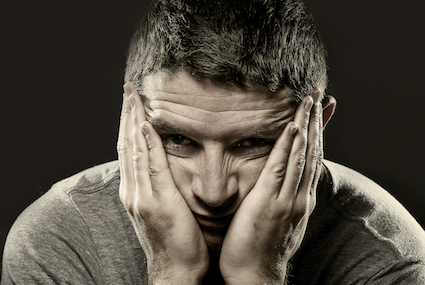 A MAN has tried to explain the concept of streaming music and TV over the internet to his relatives nine times so far this Christmas.

Nathan Muir has already told his mother’s cousin exactly what Spotify and Netflix are and is now patiently advising his aunt she does not need a satellite dish.

“You watch it on the telly, through your phone. Not on your phone. You can if you want – no, I know, the screen’s too small, you said.

“Yeah, there’s just all music there. Just ignore the music you don’t like. You don’t need to put your CDs on it, they’re already on there. Well not your actual CDs.

“Can you pass the gin? Actually I’ll get myself one. In the kitchen.”

Nathan’s uncle, Alan Muir, said: “He says these Netflix shows aren’t on the telly. How do you watch them on the telly then?”