ARMAGEDDON is proceeding on schedule following today’s solar eclipse, the lord of the demons has confirmed.

The 1,000-foot tentacles of Cthulhu that slithered out of the moon’s shadow have levelled most of mainland Europe and the sharp-beaked man-birds that lurked out of the gloom appear to have most of the world’s destruction under control.

Fears that overcast weather would spoil the eclipse proved unfounded, with over 95 percent of the country able to scream in gibbering horror as the death of hope rained from the skies.

Cthulhu, the Great Old One, said: “The best thing about launching a million years of terror these days is most of my victims are too busy following Jeremy Clarkson’s career to notice.

“In a world of Kanye West, Paul Dacre and the ever-present threat of Adobe updates it’s not easy to think of new types of eternal suffering.”

Astronomers apologised for claiming the eclipse was nothing more than two objects aligning and have pledged to spend more time watching the sky for dread portents.

The next major astronomical event will be in November when a giant wolf will eat the sun heralding the 6000 year-long Time of Darkness.

Cthulhu added: “For the avoidance of doubt, my reign of misery will not affect services into London Bridge station.” 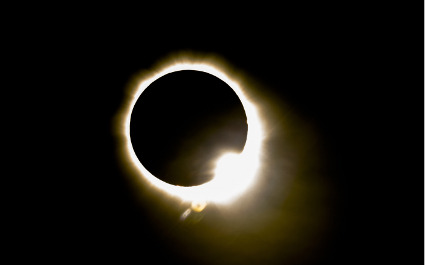 THE brief period of darkness which has just passed across the UK counts as Friday night, meaning it is now Saturday and everyone can go home.

The shortest night ever, which immediately followed the shortest day ever, means that it is officially the weekend and your line manager is unable to do anything about it.

Astronomer Martin Bishop said: “Clock off. They can’t touch you.

“It’s a double-edged sword because obviously you’ve missed Friday night, but by rights you should actually be having a lie-in followed by a bacon sandwich and Football Focus right now – so get home.

“My boss was bleating something about a once-in-a-lifetime opportunity to collect data when I hung up on her and shut off the big telescope.”

Anyone who is forced to remain in work for the remaining hours of daylight until Saturday evening can claim time-and-a-half and a day off in lieu.

Donna Sheridan, from Peterborough,  said: “I thought it was just the sun going dim for a bit, like those energy-saving bulbs.”

She added: “I do fuck all on Fridays anyway.”