ENGINEERS working for Google have linked together 1,000 computers to perform the role of one really annoying person.

The neural network, which mimics the function of a moron’s brain, can recognise pictures of cats dressed as superheroes, write reviews of ‘cult’ science fiction TV series and locate pictures of any celebrity’s breasts within 30 seconds.

Google engineer Tom Logan said: We didnt name the network but we imagined that if it was a person, it would have sinus issues, a t-shirt with a Star Trek joke on it and an astounding definition of what constitutes personal hygiene.

We have basically used the latest in image-recognition, data aggregation and artificial intelligence techniques to create a machine that would live in your basement and still be unemployed and unmarried by the age of 35.

“If you remember the film Lawnmower Man it’s basically that with more wanking.”

The self-learning network can differentiate between motivational posters and inspirational quotes and random strings of words, which makes it more advanced than 60% of the people on Facebook.

Developers noted that when left to develop independently, the networks personality was automatically embittered, rambling and under the assumption that its demented comments posted beneath newspaper articles have some sort of value.

Logan admits that the network is still relatively unsophisticated and says it will be many years before they can replicate the ability to fake a picture of Lindsay Lohan fellating a farm animal.

He said: Im sure Alan Turing’s artificial intelligence test would be unable to distinguish between our network and an actual, living gobshite.

Festival with kids to be worst experience imaginable 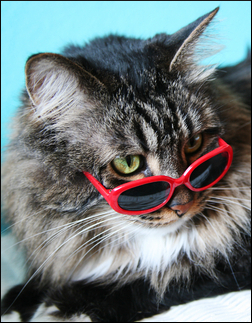 PEOPLE taking their children to music festivals are going to get exactly what they deserve, it has emerged.

As the festival season begins, thousands of revellers will take their young offspring to what is essentially a refugee camp full of people on drugs.

Professor Henry Brubaker of the Institute for Studies said: “Bringing kids to festivals is an important part of pretending it is still possible to have fun while being a parent.

“Typically the children will be made to dance to Gogol Bordello for a few minutes before simultaneously pissing their pants and puking up a warm lava of veggie-burger.

“Then it’s back to the campsite, where no amount of story-reading will distract them from the fifty Kiwis having an impromptu rave next door, occasionally sticking their nightmarishly-painted faces into the tent to enquire if anyone wants a ‘brewski’.”

Festival parent Emma Bradford said: “We’ve had a really great time, except for losing little Joshua in the dubstep tent then finding him eight hours later covered from head-to-toe in ketamine.

“The kids’ field is really good but it does seem to be populated by naked adults who’ve gone temporarily insane and just want to hang out with clowns.”

Music lover Stephen Malley said: “The trick of taking kids to festivals is to put a mild sedative in their Ribena, then don’t trip over them when you’re coming back to the tent at 4am completely off your tits.”