How to be dumb enough to get catfished

CATFISHING – being defrauded online by someone pretending to be something they are absolutely not – isn’t for everyone. Are you thick enough to fall for it?

If you harbour doubt, you’ll never get catfished. When a stranger slides into your DMs claiming to be a former Angolan mercenary and male model who is now CEO of Albania’s largest boxmaking business, swallow it whole. Accept without question and you’ll soon be on the way to losing everything.

Most people would find it hard to forge a lasting bond of trust with someone they’ve never met or spoken to. Those sad, reality-bound individuals will never get catfished. Within weeks of meeting Lara, the Californian stock model and firefighting lumberjack, you must live for her communications. Helps to have little in your life to begin with.

Google’s always launching products like Stadia or those glasses. How are you supposed to keep track of them? So when friends talk about ‘reverse image searching’ your treasured pictures of your Slovenian pro-basketballer boyfriend, shrug it off. Your love is too powerful to be restrained by technology.

Look, your Paraguayan girlfriend was going to Zoom, but her internet keeps going down! She keeps European hours because she works late as the top presenter on her nation’s home shopping channel! She can’t call you because of sky-high roaming tariffs! She’s definitely real!

It’s not like you’re sending money to a stranger. You and Joon share a real bond, which is why it’s fine to send him cash – well, bitcoin – for his airfare, then a bit more for a dogsitter, then a bit more for his mother’s operation, then a loan you’ve taken out for his visa from South Korea. It’ll all be worth it when you see him. He’s stopped answering.

You don’t care what people say. Okay, so the pictures weren’t real, but she’s shy. Okay, she no longer answers, but she’s busy. Okay, so six other people have fallen for the same scam, but that’s a coincidence. She’s real. And she’ll be here to explain this whole catfishing mix-up any minute now.

Man can't be sexist because he has sisters, wife and mother 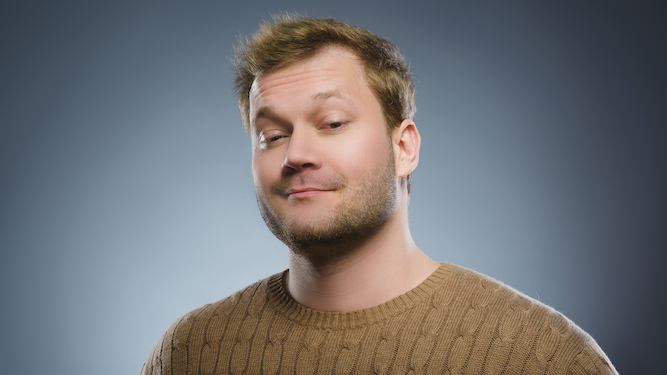 A MAN has confirmed that it is impossible for him to be a misogynist as he is related to and has lived with several women.

Despite doing and saying sexist things on a regular basis, Nathan Muir claims he cannot be accused of discrimination because he always remembers to send his mum a Mother’s Day card.

Muir said: “How can I be chauvinist? I am almost psychopathically protective of my two sisters, which is definitely about respecting women and nothing at all to do with me projecting my toxic masculinity and just wanting to get into a fight.

“So what if I make comments about my female colleagues’ appearances or even sometimes playfully slap them on the bum? It’s all in jest. I clearly like women. I’ve been married to three of them, after all.

“It’s also fine for me to ask waitresses if they have boyfriends and shout obscenities at joggers from moving vehicles. Everyone enjoys a compliment. And if anyone criticises me they’re actually being sexist to my mother because she raised me this way.

“So, yeah, I’m obviously not sexist if I have women in my life. I love my mum, wife and sisters. They’re perfectly pleasant individuals.”