He said: “I had it all planned out – not saying anything about it, but then somebody just notices and goes ‘is that the new Apple Watch?’. I would respond simply with a wry Clooney-esque smile and they would mouth the word ‘awesome’.

“What actually happened is somebody said ‘what the fuck’s that weird-looking thing?’

“I explained that it was the brand new Apple Watch and they went ‘HAHAHA’ in a really deliberately hurtful way. The accounts assistant said it was the opposite of a fanny magnet and everyone cracked up.

“Then everyone started pretending to talk into their watches, saying things like ‘come in KITT, I am a massive tosser, please help’.”

By 10am Logan had removed the watch. He explained: “It wasn’t because people were being sarcastic, I just had a hot wrist, everyone gets a hot wrist sometimes.”

Marathon runners unable to distinguish between real and metaphorical walls 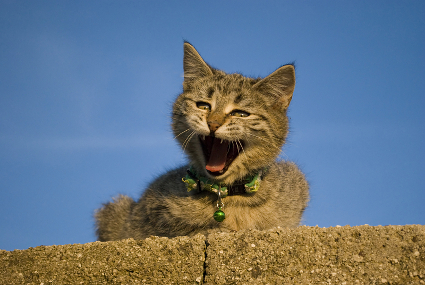 LONDON Marathon participants have been warned that the wall they went through was just a figure of speech.

Hospitals are reporting an influx of marathon veterans with injuries from deliberately running into the sides of buildings.

Retail assistant Tom Booker said: “Yesterday during the marathon I conquered ‘the wall’ by pushing on after my legs turned to jelly.

“So it seemed logical that I am now the master of walls, and when leaving work this morning I decided to leap through the side of the room instead of using the door.

“Now I have a badly broken collarbone and the frankly quite arsey nurses have given me a book about simple physics. And to think, yesterday I was a hero.”

Doctor Stephen Malley said: “Figurative language can be confusing, especially among running obsessives who tend to have limited imaginations.

“My advice is don’t be a fucking idiot.”