'My phone is listening to my conversations', thinks woman who Googled that thing a week ago

A WOMAN who constantly feeds her phone personal information is convinced it is eavesdropping on her conversations.

Lucy Parry was scrolling through search results when she saw an advert trying to sell her something she had forgotten about Googling the week before.

Parry said: “There they were. Bold as brass. Discount hiking boots from my favourite outdoors shop. It sent a chill down my spine.

“My husband Tom and I were talking about going to the Lake District last weekend, and I said I would have to buy some new shoes. A few days later, there they were.

“It’s f**king terrifying to think Apple, Bill Gates and Mark Zuckerberg are eagerly listening to every word I say in their Californian tech mansions.

“I’ve been trying to outrun the sneaky bastards. I told Tom to start looking for anti-hacking technology online and now suddenly he’s getting adverts for that kind of stuff. It’s creepy.

“My only consolation is that it can’t be completely accurate because it also comes up with ads for ‘Busty MILFs’, and he and I never talk about those.” 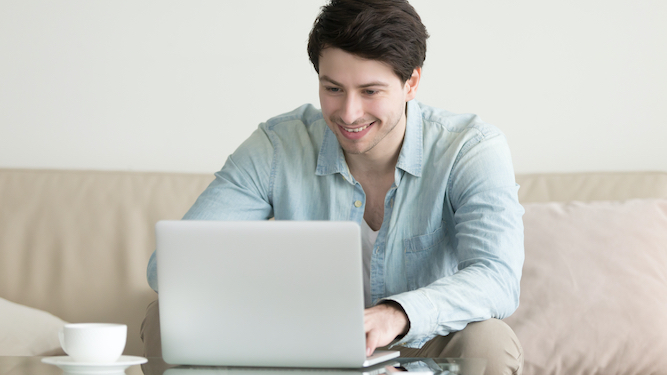 IS your response to important events to send out a picture with an unfunny caption? Here Martin Bishop explains how he’s changing the world one meme at a time:

Go for the jugular

When news of the latest lockdown-breaking party broke, I didn’t think twice about posting a picture of a bloke carrying a big tray of pints with the caption ‘Boris Johnson last night’. I bet there were a few people at Downing Street shitting themselves when they saw that.

Joining a pressure group, going on demos, voting in elections – all worse than useless. If you’re concerned about the NHS being privatised, just put up a meme of Hugh Laurie as Dr House looking annoyed with the words ‘NO WAY!’. Job done. Try selling off the NHS now, #ToryScum!

Become an expert on memes

I spend several hours a day familiarising myself with memes. You don’t want to make the rookie mistake of posting the guy leering at a passing woman while his girlfriend looks pissed off when you need a hard-hitting meme of Tyrion Lannister throwing up. People won’t take you seriously.

Governments are used to brushing off criticism, but what they really fear is people laughing at them. It’s not like a minister can ignore a meme, close the page or say to their colleagues ‘Just some wankers on the internet’.

Memes are so effective at speaking truth to power because people like a laugh, so learn to create devastatingly hilarious ones. If you hate Michael Gove, put up a cartoon shit with the words ‘GOVE – WHAT A ****!’ It’s funny but it makes a serious point. Don’t go too far though – you might get a Facebook ban.

Remind yourself you’re a freedom fighter

I see myself as a kind of cyber-Robin Hood, protecting the less computer-literate by humorously undermining the authority of their masters. If the internet had been invented then we could probably have stopped Hitler with some sarcastic Dr Zoidberg memes.