Inspection of the thousands of tiny corpses discovered across America and Europe have revealed rubber band marks, suggesting they have been fired from a giant catapult in the sky.

Professor Henry Brubaker, of the Institute for Studies, said: “Angry Birds is a hugely popular iPhone game about some birds whose eggs have been stolen by some pigs even though it is never explained why a bunch of pigs should be interested in eggs.

“What is important is that it’s marginally more addictive than a compound of crack cocaine, strong tobacco and powdered orgasms.

“Inevitably God has cottoned onto this, and has decided to try it for Himself but using the world as His console instead of having to stare at a small greasy screen that melts His retinas.”

He added: “While the notion of the Earth and all its creatures as little more than a 3D entertainment for an idle and impassive Creator may seem the tiniest bit terrifying, we can at least take comfort in God being too inexplicably hooked on this nonsense to do tidal waves and sex plagues for the next few weeks.”

Kentucky farmer Stephen Malley, who discovered several hundred dead starlings on his land, said: “They appeared to have bounced off a large ramshackle structure of planks and giant ice cubes which had mysteriously appeared overnight to surround my pigs.

“The birds had broken their necks without causing any serious damage to the strange building.

“If God is playing Angry Birds he needs to aim lower to weaken the foundations, then launch an exploding blackbird at a steep trajectory, if He doesn’t mind me saying.”

America one step closer to realising life is not a film 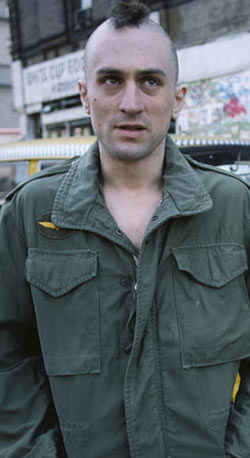 THE United States has taken another small step towards realising they are not all the stars of some badly written melodrama.

Faint neural connections were achieved in the country’s 300 million brains after it emerged that when the people who run the country talk like a Stephen Seagal character and you give guns to nutters then actual humans get killed in real life.

As the investigation began into the shooting of Congresswoman Gabrielle Giffords and the murder of six others, psychiatrists said America may now be starting to recognise that if you are not on a film set then grabbing a massive pistol and saying ‘let’s dance’ in a deep, croaky voice is terrifying and insane.

Dr Julian Cook, head of geo-cultural psychology at Reading University, added: “When we’re little children we imagine we’re James Bond or the star of a violent war film. We clutch at our chest in fake injury before recovering and killing all the baddies with our high-powered index finger.

“Now imagine a hugely powerful economy where everyone thinks like that every minute of the day and they all have incredibly real guns.”

But Todd Logan, from Minnesota, said: “I was one of the stars of 9-11: Freedom’s Darkest Hour. I played the character who phoned up the White House and told the President he had to kick some ass.

“Then, a few minutes later, you see him contacting me personally through my television to say ‘mission accomplished’ before kissing his wife who we all thought was dead. It was a really great scene.”

He added: “I only have a very minor part in Arizona Takedown – I play ‘Man with Opinion’ – but I am up for a big role in How Todd Logan Succeeds in Business Without Really Trying.”

Meanwhile Sarah Palin, star of Lock and Load: The Sarah Palin Story, has insisted that gun sights can be used for all kinds of things, such as baking, jam making and homeopathic medicine.

As she came under attack for publishing a map which showed rifle crosshairs over Gabrielle Giffords’ congressional district, Palin rejected claims she had promoted violence and said gun sights are rarely used in conjunction with guns.

She said: “I actually bought the sight for my R-15 Bushmaster semi-automatic hunting rifle as an attachment for my bread maker.

“Once you’ve removed the glass and the bolts you can use it as a funnel for adding chocolate chips or little pieces of marshmallow.”