Narcissists finally get to have sex with themselves

A SEX app for Google Glass is being hailed as a revolution in narcissism.

Pathologically self-absorbed people will be able to see themselves looking awesome during sex as their image is relayed from their partner’s Google Glass to their own headset.

34-year-old Nathan Hayes said: “Previously I only knew whether I looked awesome during intercourse by asking my girlfriend immediately afterwards.

“This is what I always wanted, my partner reduced to the status of a camera.

“After sex I lie on my back while looking at myself through my girlfriend’s eyes and say ‘You are an incredible creature’.

“Then I reply ‘I know’. This new app will take my relationship with myself to another level.”

However mirrored ceiling maker Roy Hobbs says Google Glass is an inferior way to gaze at yourself during intercourse.

“For hundreds of years, we’ve been mirroring people’s ceilings so they can watch themselves doing it.

He added: “Kindles are shit too.” 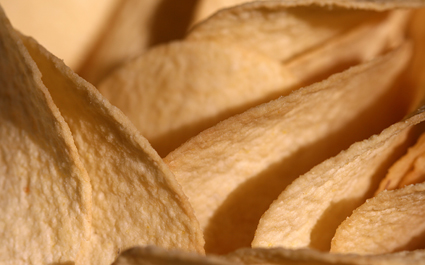 THE World Economic Forum is meeting in Davos to discuss what can be done about the rising cost of Pringles.

Also on the agenda will be uneven distribution of flavour dust, who exactly buys the paprika ones, and whether governments should push the anti-obesity message that ‘once you have popped you are able to stop’.

WEF chair Eleanor Shaw said: “So much stuff needs sorting in the world, but first we must decide if Pringles can maintain pricing and tube size when they’re only two-thirds full.

“This touches on everything – the environment, inequality, the thorny issue of uses for the empty tube.”

Delegates feared the conference would be derailed when Bono arrived wearing the leather trousers of a much younger man, but the U2 star only demanded a limited edition steak and Guinness flavour.

A UK government minister said: “I hoped there would be time to get all the countries around the table and finally stabilise the dimensions of Funsize Mars Bars, but Pringles are a global brand and have to come first.”