New CCTV sees the evil in your soul

SURVEILLANCE cameras can now detect whether you are good or evil, it has emerged.

The revolutionary devices show a persons aura, and categorise them as either Blessed, Melancholy or Accursed, with the latter two groups being rounded up.

A police spokesman said: “The more purple someone looks, the viler they are. Of course no one is pure evil, but if someone’s mostly bad it’s best to stick them in a pen.”

The cameras, which run on a blend of electricity and mistletoe, are calibrated by showing them pictures of dolphins (good) and The Black Eyed Peas (evil).

Detained 23-year-old Wayne Hayes said: “I was actually thinking about writing ‘Pig wankers’ on a wall when I was filmed so yes, there appears to be something in it.”

Tennis instructor and confirmed moral citizen Francesca Johnson said: I always knew I was better than most people round here. Its nice to have that made official.”

Another test on King’s Road in Chelsea was abandoned due to a complete absence of good people. 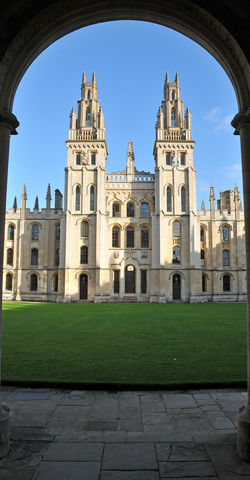 BRITAIN’S universities are adapting to the half-arsedness of the country, it has been claimed.

UK universities’ continued slide down the international league table has been hailed by business leaders.

“You want young minds developed to about 51% of capacity. Second gear is about right for desk work.

“The eggheads need to respect that.”

Recruitment consultant Nikki Hollis agreed: “The Olympics were great but also exhausting. If anything, they proved that you can’t sustain being brilliant.

“You’d be knackered all the time.”

Student Stephen Malley said: “My lecturer says I need to focus more on pretending to be busier than I actually am, because that’s how you get promoted.

“I am young and alive and bursting with dreams of adequacy.”