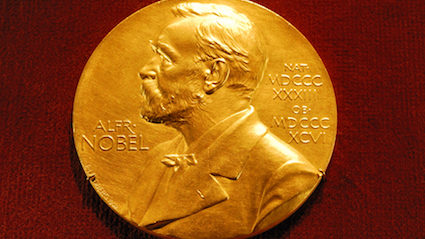 THE winners of the Nobel Prize in Physics have begun a lifetime of trying to explain their work to idiots.

Duncan Haldane, David Thouless and Michael Kosterlitz, who were all born in Britain but left it, hate it and will never return, yesterday admitted that their careers as scientists are essentially over.

Haldane said: “You’re not meant to get it. Nobody gets it. It wouldn’t be cutting-edge physics if you did.

“But today, which I spent presenting a radically dumbed-down analogy of our work to journalists who will get it completely backwards, is a mere taste of the horror to come.

“A lifetime applying advanced mathematics to theoretical physics, and my reward is never speaking to anyone who knows what I’m talking about ever again.

“Instead, I will dedicate my final years to the after-dinner circuit, telling fat businessmen who never got GCSE Maths that what I do is a bit like what they do so they feel superior about driving big cars.

“So what was my big discovery? Jesus. Here we go. Imagine a really massive doughnut.”

Who or what will be the next leader of UKIP? 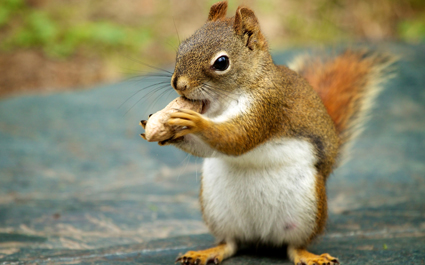 Deeply concerned about immigration due to ongoing conflict with foreign species. Can store nuts in face.

The Sports Direct boss has a neck wider than his head, a look that resonates strongly with UKIP voters.

Would be the first award-winning playwright to hold a major role in UKIP, a pedigree which would appeal to those in the party who can read. His work often portrays social outsiders and people who are disappointed with their lives, something many within the party can relate to.

Small, hostile and dapper, George is believed to have the Queen’s ear. There are concerns that he has not yet mastered using adult toilets but this was never an obstacle for Farage.

Looks like a UKIP voter’s drawing of a fantasy barmaid. Also has surprisingly strong views on the taxation of foreign potatoes.

The Guardian columnist is a surprisingly tenacious pub brawler and once banged out Ian McEwan following a journalism masterclass in Islington. Could be the man to get UKIP members using Ecover washing up liquid.

A favourite of UKIP’s buy-to-let contingent, property tycoon Beeney has strong plastering skills and is highly invested in the future of England because she has a shitload of kids.

After quitting the party to undergo gender reassignment surgery and launch a range of evening gowns for the taller lady, the former leader is a strong bet to return with a radical feminist agenda and flattering ‘bob’ haircut.