The calendar was discovered in a Scottish field, among the remains of what is believed to be an ancient ‘cart garage’.

Historian Donna Sheridan said: “The calendar’s primary function was not to record the date, but to sexually stimulate workers. It was believed that increased penile blood flow boosted strength and efficiency.”

Her colleague Bill McKay added: “I once saw Hustlers ‘Boobs of ’72’ hanging up in uncle’s workshop. This is like that but of greater historical importance.

“We have some information about the tastes and preferences of the ruling class of that time, but next to nothing about the rutting habits of ordinary people who fixed carts.

“Presumably they spent a lot of time staring at the calendars and drinking hot drinks, while taking absolutely ages to fix their customers’ vehicles.”

Archaeologists also found a piece of carved tree bark which they believe is an ancient version of one of those boards you get in pubs where a woman’s breasts are covered by bags of peanuts. 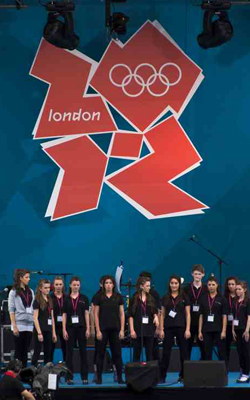 IAIN Duncan Smith has decided to stop dicking about and move the unemployed into dog-patrolled ‘job camps’.

The camps are intended to help jobseekers back into work with training in hard manual labour and prominently placed motivational slogans such as Jobs will make you free.

Duncan Smith said: All were doing is taking the confusing system of dozens of different benefits and replacing it with heavily guarded labour camps.

Guests will be encouraged to develop a strong work ethic with a 6am roll call enforced by G4S kapos, and will also learn new skills, such as making their own wooden clogs.

The new camps should not be confused with anything from history although they will be surrounded by machine gun posts and staffed by a new army regiment known as special soldiers.

Living in a camp is really no different to living in a house, if your house was inside a high barbed wire fence patrolled by hostile dogs and you happened to have watery soup for dinner every evening.

Ill be taking a hands-on approach by visiting every camp personally in my special uniform, which is only black because its a very practical colour and doesnt show the dirt.

“Also I’ve had my clothes taken away, I’m not sure how being naked all the time is giving me my dignity back.”