Podcasts and other wildly popular things everyone claims to hate

SOME things are far too popular considering everyone claims to despise them. Unless they’re all lying about loathing these hate magnets.

Few things make eyes roll harder than when a conversation veers towards podcasts. Who cares if you’ve just listened to a 13-part series where two washed-up comedians talk about their favourite episodes of Frasier? Lots of people clearly give a shit though because it’s shooting up the Apple podcast chart.

The BBC is either a corrupt government mouthpiece or a woke asylum obsessed with box-ticking, depending on your worldview. It’s very existence is an affront to life itself, but you’ll still plonk yourself down every evening for the news at 10 just like the rest of us. And it’s got the huge selling point of being marginally less shit than some of the crap on Netflix and Disney Plus.

Everyone agrees that endlessly scrolling through the news and bullshit opinions from random morons can’t be good for your health. None of us has got the balls to delete social media from our phones though, meaning we’ll stay glued to these dopamine dispensers for the rest of our lives. It’s a depressing existence, but you might see a good meme once in a while. You know, like Captain Picard facepalming. Something very current and witty.

Call Boris Johnson a twat in a public space and you can guarantee everyone will nod their head in agreement and say how useless he is. Oddly though, when the election rolls around this contempt manifests itself as a landslide majority. It’s as if we secretly like bumbling Etonian pricks who [insert any of about 200 serious character flaws that make him unsuitable to be PM].

Urgh, men. If they’re not lording it over everyone with their privilege they’re being boozy bores who like Formula 1. Even men hate men, which is pretty good going. The male population isn’t exactly dying out though, so someone clearly likes them enough to shag them. And that ‘someone’ is women, the bloody hypocrites. They’re still better than men though.

'I'd go to a warzone but I’m always in hi-viz': Boris Johnson's excuses for not visiting Kyiv 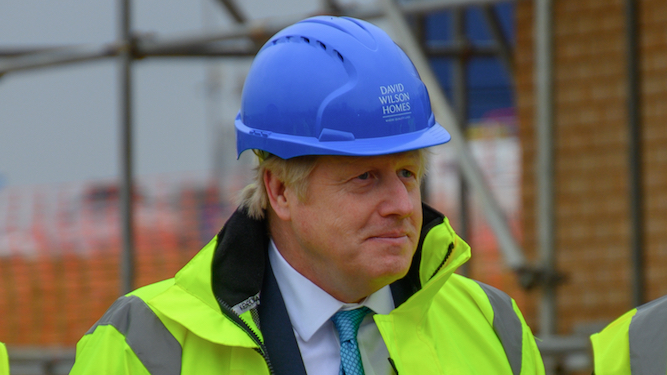 THREE prime ministers, none of whom are leading-from-the-front Boris Johnson, have met President Zelensky in Kyiv. What’s his excuse?

Zelensky’s khaki t-shirts are his trademark; hi-viz and a hard hat are mine. Unfortunately I’m informed by military experts that this would make me ‘a sniper’s dream’ and constitute a major security risk. Reluctantly, I refused to abandon my brand.

Three prime ministers, for example from Poland, Slovenia and the Czech Republic, are great company, as the old Ukrainian saying goes. Four, with the prime minister of the UK, which is technically another four countries anyway, is a crowd. So I couldn’t impose.

That guy is jolly busy. He barely has time for a Zoom call, and when he does there’s no small talk and it’s straight to asking for a no-fly zone. Does he really need me to turn that down in person? I let him have the evening to catch up on paperwork instead.

I’m not a guy who goes to parties. Anyone who knows anything about me knows that. And consequently I’m very cautious about which invitations I accept. This gathering of national leaders sounds like exactly the kind of occasion where I might be ambushed by cake.

Diplomacy is a delicate business and I’ve pissed off half of London’s billionaires already. It’s going to be a full-time job repairing relations enough to get some cash in the coffers before the general election. If do a photoshoot with Captain Macho, they’re gone.

‘This one’s for Liz’

As foreign secretary, really this is a job for Liz Truss. Dressing up like a soldier and taking a train to a city under siege is so Liz. She loves wearing a helmet and sitting in a tank. You’d think she’d be dying to get out there.