PRINCE Philip has announced that he is 'absolutely thrilled' with his new set of balls.

The Prince received his new balls last week and has been testing them in a series of demanding environments.

"He is very impressed by their performance, particularly on rough terrain and over the jumps," said a Palace spokesman.

Prince Philip is the latest high-profile figure to equip himself with a new set of balls.

Sting pioneered the procedure in the late 1990s, when it was still regarded as highly controversial.

But he was soon emulated by a string of Hollywood A-listers including Kevin Spacey, Billy Crystal and Sir Anthony Hopkins.

Sport stars followed the trend with golfers Nick Faldo and Colin Montgomerie being fitted for new balls before the 2001 US Masters.

David Beckham has yet to sign up though friends say he is likely to splash out on some new balls when he moves to Los Angeles later his year.

A spokesman for the Prince said he was delighted to have his new balls in time for summer and was hoping for a spell of good weather so he could make the most of them. 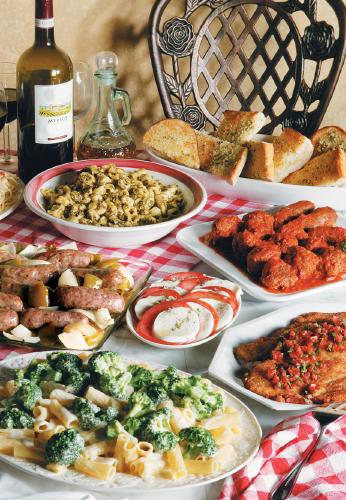 FRENCH president-in-waiting Nicolas Sarkozy yesterday unveiled his radical plans for a social revolution in France including a cut in the lunch break from nine to eight hours.

Restaurants have been told that 'dejeuner' must now consist of a maximum of 12 courses, reduced from 14, excluding petit fours.

Wine consumption by workers with their afternoon meal will be limited to one bottle per person, although there will be no restriction on champagne.

As a result, Mr Sarkozy said, the working day in France will be increased from the current three hours to three-and-a-half.

Mr Sarkozy wasted no time in jetting off on holiday after winning the election saying he would be back to sort out France after a nice long break.

His spokesman said: “Nicolas has been campaigning sometimes two or three days a week, often for over an hour at a time, and frankly is exhausted.

“He needs a few months on the beach to recharge his batteries, but after that he is determined to get France back on its feet and back to work.”

Other changes proposed by Sarkozy include limiting public sector workers to a maximum of 26 strikes a year, none of which must last longer than two weeks, or 'une fortnight', whichever is the shortest.

Showering is also to be increased in frequency from once a month to once a fortnight to combat the nation’s reputation as the Smelly Man of Europe.

All French armoured vehicles are to be fitted with four forward gears and one backward, a complete reversal of the current ratio.

The wave of radical reforms is expected to meet little resistance from the French who are too busy eating lunch  to complain.