NATIONAL Drinking Season kicked-off in spectacular fashion over the bank holiday weekend with more than 125,000 arrests and pandemonium across the country.

Scotland is now embarked upon 12 months of vigorous drinking which will attract and repel tourists from every corner of the globe.

National Drinking Season has seen radical changes in recent years including the introduction of table service, an increasing variety of New World wines and a vicious crackdown by the police.

But despite the doom-laden predictions, the banning of happy hour has encouraged an even greater determination to put careers and relationships in jeopardy.

Scots can now look forward to key Drinking Season events including the Glasgow Fair, the Royal Highland Show and Edinburgh's world famous Falling Head-First Down the Playfair Steps contest at the end of October.

Norman MacLean, this year's Grand Commissioner of National Drinking Season, said: "Scots lead the world in their capacity to experiment with exotic liquers, start baffling, pointless arguments and wet themselves in the back of taxis.

"I suppose we could concentrate our energies on economic growth and building efficient, value for money public services, but why bother when you could be down the pub, talking directly out of your arse?" 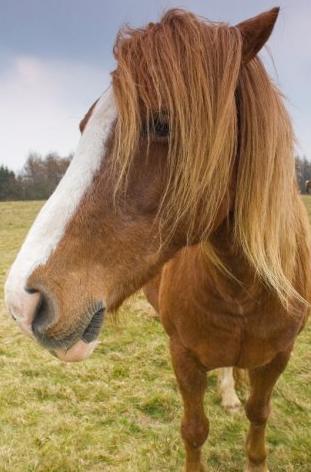 ALEX Salmond has extended the hand of friendship to Lib Dem leader Nicol Stephen by offering to buy him a beautiful pony named 'Brambles'.

The SNP leader remains determined to form a coalition government and believes a bold act of generosity could bring the 16 Lib Dem MSPs to the negotiating table.

But the Lib Dems greeted the SNP gesture with suspicion last night. A party spokesman said: "Nicol absolutely adores ponies and Salmond is well aware of that. It's a cynical ploy and it leaves many unanswered questions.

But Salmond insisted the offer was made in good faith, adding: "The pony I have my eye on is a real beauty and I know that Nicol will be giddy with excitement just thinking about her.

"Brambles is a lovely chestnut colour and has a delightful temperament. I wish I had one."

But the two Green Party MSPs are understood to be angry at Salmond's overture to the Lib Dems, believing they too should be offered a present before signing up to a coalition agreement.

Patrick Harvie, the Green MSP for Glasgow, said: "I want a scooter. No I don't, I want an espresso machine or a foot spa. Or maybe I do want a scooter."