THE tiny human-like bones found on a South Pacific Island may have belonged to small furry creatures known as 'Ewoks', and not Hobbits as previously thought.

For months the scientific community has been split over whether the remains were evidence of Hobbits, and if so, whether they were Bagginses or Underhills.

But now a team from the Institute for Studies has blown the debate wide open with the claim that the remains are evidence of a small furry species that was sort of a cross between a monkey and a bear.

Professor Henry Brubaker said: "The Ewoks did not look particularly human but they could walk upright and were able to manufacture clothing, tools and elaborate treehouse cities.

"We also found parts of a huge military machine, which suggests they may have been involved in a battle with some kind of evil empire."

But Dr Denys Hatton, one of the leading Hobbit advocates, said: "Not only are they Hobbits but they are very clearly Baggins Hobbits.

"Look at the all the clay pipes and big, round, green doors we found. Do Underhills have green doors? Do Ewoks smoke pipes? I think not!"

Meanwhile a third school of thought has emerged which has dismissed the Hobbit and Ewok theories, insiting the bones belong to a species of three foot-high, second hand robot salesmen called 'Jawas'.

Dr Wayne Hayes, of Dundee University, said: "They lived a long time ago and roamed the desert looking for stray robots which they would then recondition and sell to primitive farming communities.

"We believe many of them may have been wiped out during a search for two rebel droids." 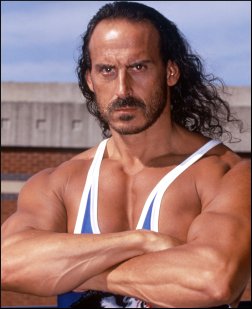 THE new series of Gladiators has been given the green light after Britain's captive monkey population gave it a non-opposable thumbs-up.

Sky TV has been testing the format since the start of the year with a range of caged monkey troops at zoos across the country.

A spokesman said: "The spider monkeys at Bristol Zoo absolutely loved it. They were bouncing off the walls and chucking their faeces around like it was dinner time.

"Edinburgh's macaques seemed to enjoy the round where the Gladiators bang into each other inside huge metal balls.

"We actually had to have someone in the cage constantly wiping faeces off the big screen.

"The Japanese snow monkeys at Regent's Park actually went so far as to show their buttocks to the screen during the 'hang tough' round.

"The sheer level of airborne faeces suggests they would favour Kirsty Gallacher as a possible co-host."

Sky have been using monkey test audiences since 2005, insisting they are easier to work with than human families from Glasgow, Manchester and Reading.

The spokesman added: "They're much more discriminating and there's a lot less excrement on the floor."