A SHORTAGE of science skills in the UK is to be tackled by a return to more basic technology.

New workforce data shows Britain is experiencing a scientist drought, mainly as a result of boys wanting to do degree courses with some girls on them.

The government plans to address the issue by abandoning modern technology in favour of simpler, nostalgic devices like dynamo-powered bike lights and little tin boats powered by baking soda.

A low-technology pilot scheme in Swindon has proven popular, with local people queuing for hours to watch a demonstration of an electro-magnet picking up some paperclips.

Willetts said: Very few people know how to design an LCD TV, but more or less anyone can build their own crude puppet theatre.

In the Britain of the future, families will perform their own DIY versions of Eastenders, with the clothes peg characters and the Queen Vic represented by a dishcloth.”

Swindon resident Stephen Malley said: The new old technology is great, although I did have to take my sons zoetrope off him after I caught him wanking over a rotating cardboard strip containing pictures of can-can girls.

His teenage daughter, Nikki, said: I miss texting, but Ive already learned how to transmit Kelly Jones is a massive slag in Morse code.

The low-tech economy is already creating jobs as work begins on Britains new fleet of ironclad warships, armed with a deadly array of cannons and muskets.

Scotland to legalise marriage between a man and his Mars bar 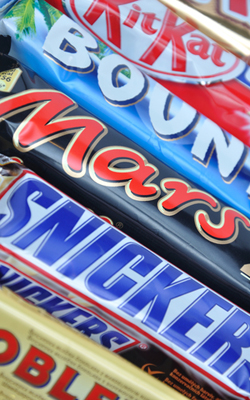 SCOTTISH people will soon be able to marry their favourite high calorie snack.

The Scottish government has unveiled plans to legalise hundreds of new forms of marriage including man to man, woman to woman and man or woman to more than 300 different foods and beverages.

Bill McKay, a fat man from Dundee, said: “Of course she’s chocolatey, that’s a given. But my Christ, you should see her on a warm day. She is so fucking gooey.”

He added: “Some say that after I marry her I must immediately plunge her into a bucket of boiling fat. But those people have never experienced true love.

Jane Thompson, an Edinburgh flunky who has been going out with at least a bottle of Pinot Grigio for five years, said: “Everyone says I should sort my life out but I tell them I don’t need to – because I have a boyfriend.

“He listens to me, he protects me in dark alleys and he is always pleasantly stiff.”

Meanwhile, England remains deeply divided over the issue with Conservative MPs insisting marriage is a sacred bond between two people of the opposite sex who desperately want each other dead.

Tory backbencher Sir Denys Finch-Hatton said: “I would gladly back a bill legalising marriage between a man and an old fashioned telephone box or a man and a laminated card containing the chorus to a Gilbert and Sullivan song.

“As long as the husband and wife do not possess a matching set of groins.”