HAVE you just spaffed an hour of your life up the wall reading bigoted comments from illiterate strangers online? Here’s how to cope.

Admit there is a problem

Once you’ve fallen down a rabbit hole of deranged comments beneath an acquaintance’s post about whether Stalin may have had a point, it’s hard to wrest yourself away from the lunacy. Try to get enough of a grip on your outrage to admit you have a problem.

Step away from the device

If you don’t have access to social media, you can’t get involved in the toxic madness. Chuck your phone in the sea if you have to, but find a way to stop engaging with the kind of people who would have been banished to live alone on a windy hillside had they lived a couple of centuries ago.

Ask yourself what you learned

Were you in any way enriched by entering into a Twitter spat about whether lifeboats should rescue migrants with someone who mines outrage for likes? No, it just made you angry and miserable. The lesson to take from this is not to play into the hands of complete twats.

Do something pleasant for a change

There’s a whole world out there where you’re unlikely to have to engage with the bigoted opinions of bellends unless you spend several hours at a Wetherspoons on a Saturday night. Go out and do something nice, like drinking a beer in the garden, and marvel at the lack of wankers lurking in every corner.

The problem with taking time to relax is that your mind wanders and in no time you’ll be musing on whatever happened to Wayne Hayes, the slightly odd kid you were friends with at school. Before you know it you’ll be on his Facebook page and knee deep in comments about the government putting mind control drugs in the water supply. Begin the cycle again.

Five basic facts dads will never know about their kids 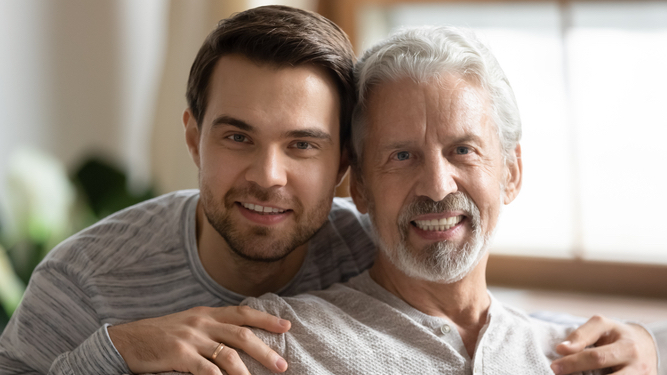 WORRIED about the huge responsibility of fatherhood? Chill out. It’s such a walk in the park that you don’t even need to learn these simple facts about your kids.

Personalities are confusing. Who knows what your kids have been thinking all their lives? If their bedrooms had football posters they were probably into that. Or pop stars or even reading. The only time it will be an issue is for birthday and Christmas presents, and a wine set or a spoof Ladybird book will take care of that.

How old they are

How can dads keep up with this fact that changes every year? Instead, they will just generally consider you to be somewhere between 18 and 30, even if you’re 49 with three grown-up children.

How to give them a decent name

Dads have a busy routine of thinking about mowing the lawn, so it’s unreasonable to expect them to think of appropriate names for their spawn. That’s why it’s popular to name their offspring after themselves and chuck ‘junior’ at the end. The worst offender is Nigel Lawson, who simply called his daughter Nigella, rather like calling your daughter ‘Grahamette’.

Is this person your child brings along to every family event their partner or a really good friend? It’s been happening for a few years now so it would probably be rude to ask. Are those their kids or are they just looking after them for someone? Ignore this awkward issue until you’ve tidied up the shed.

Whether they’re estranged or not

A dad who hasn’t received a father’s day card in a decade won’t give it a second’s thought. In fact he’ll be proud his kids aren’t wasting money on this nonsense occasion. Meanwhile mums will shit a brick if the weekly phone call is a minute later than scheduled because that clearly means her kids hate her.