Who am I? ask Timeline victims

FACEBOOK’S Timeline upgrade has left users unable to remember who their friends are, who their family is or even their own birthday.

Timeline became mandatory for all Facebook users this August, which according to Timeline is March 2017.

Many users have expressed dissatisfaction with aspects of the redesign, citing the concept, execution  and entire idea as among the main problems.

Facebook user Nikki Hollis said: It used to be so easy. Stuff was there in chronological order and I knew who my friends were. Everything about me, about life, was clear.

“Why does my life now look like the contents page of an issue of Smash Hits from 1987?”

28-year-old Stephen Malley said:  “It’s left me feeling like my existence is a Lost-style TV series. Perhaps I’m dead, and Facebook is some sort of limbo, a puzzle that must be unlocked before I can move on to higher spirit realm.”

Sales manger Emma Bradford said: Why do I now have to have a massive landscape image at the top of my profile page that expresses something about me? Im a woman, not a B & B in the Cotswolds.

“Also, why has a status update about the weather I wrote a month ago surfaced again, like the body of an improperly-weighted mafia hit bobbing up out of a lake?

If Facebook continues to impose Timeline on me, I shall have no option but to take the most direct action ever taken by anyone with a Facebook account – complain about it loudly for a month and then not do anything.”

A Facebook spokesman said: Timeline was developed in accordance with quantum theory. You see, with Timeline, its possible to know both who you are and what youre doing  just not both at the same time. 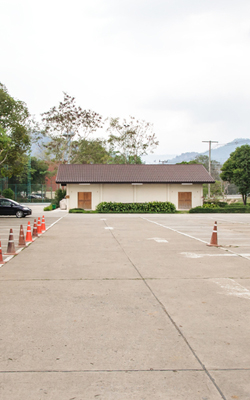 ENGLANDS football-related car parks are hoping for their chance to shine as the transfer window closes today.

Patches of tarmac by training grounds, concrete areas outside stadia and Theo Walcotts gravel drive are eager to host some big name reporters doing pieces to camera while shaven-headed, unemployed plasterers gurn in the background.

Roy Hobbs, 500 square feet of asphalt outside of Old Trafford said: This is the busiest time of year for me, pundit-wise, and Im crossing my fingers that I can land Jim White in a Puffa jacket speculating about things.

Ive been listening to Ferguson in his car on the way home from work and I think I can look forward to having Sky, BBC and a few other news channels camped on me looking up to the silhouettes in a brightly-lit boardroom this evening.

Yate Town car park Tom Logan said: “It should be a good day, but I’m not anticipating any helicopters landing.”

But Liverpools car park believes this seasons activity has not been big enough for a facility of its stature.

It said: I used to be the in-demand bit of waste ground that every big commentator wanted to do an outside broadcast on.

“These days Id be lucky to attract so much as a Colin Murray.