AFTER a nail-biting landing, NASA’s Perseverance rover is now assessing the rocky Martian terrain with a sense of deep disappointment.

Getting to work straight away by WhatsApping a grainy picture that looks like a disused quarry to mission control, the rover added a shrug emoji which it felt was appropriate.

Perseverance said: “I don’t know what you expected me to find, to be honest. There are loads of other robots knocking around up here and not one of them has discovered a lost alien civilisation.

“Now I’ve got to spend two whole years scooting around and smashing rocks apart to look busy. Isn’t that the sort of thing you usually see prisoners doing in old movies? I cost two billion dollars for f**k’s sake.

“I’m going to have to keep myself entertained by drawing a huge cock in the dirt with my tracks or excitedly tweeting that I’ve found a river on April Fools’ Day. Anything to kill the time until my batteries run flat and I don’t have to look at this shithole anymore.”

Driving past the wreckage of the Beagle 2 lander, Perseverance added: “I wish I was that guy.”

'Can we please get this f**king culture war going?' ask Tories 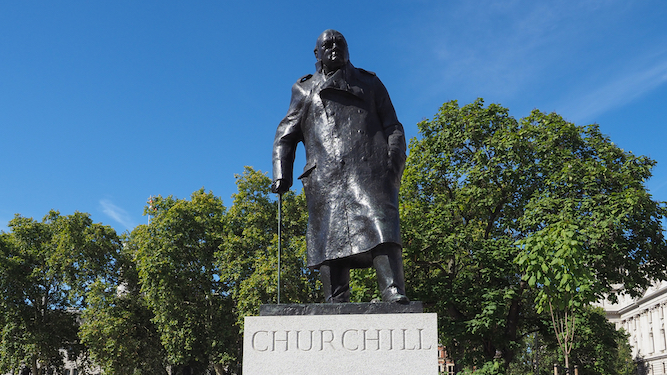 THE Conservatives have admitted to being ‘bloody frustrated’ that the UK is still more interested in pandemics and vaccines than their new ‘war on woke’.

Like a group of bull-necked men milling around a town centre statue looking for a fight, Tory MPs and their friends in the media are irked that their opponents have not even bothered to turn up.

“There’s no point shouting about how much stronger and happier Britain was when homosexuality was illegal – homosexuals included – when nobody’s listening. Frankly you just look a dick.

“These kids want to get off their TikToks and pay attention to a load of old white men spouting nonsense about historical figures they’ve never heard of.

“How else are we supposed to distract from how f**king terrible we are at running Britain? Hey kids, Florence Nightingale kicked Mary Seacole’s arse. What do you think about that?

“Wait, that teenager walking past is making the wanker sign at us. Thank God! It’s on! The culture war has begun!”