YOU were on the cusp of middle age before you realised what exactly a ‘semester’ was. These still confuse:

Our biscuits are their cookies, so what the f**k are their biscuits? Apparently they’re eaten with gravy in the South, which sounds ominous. In fact they’re bread. Wait, so they’re eating bread and gravy?

A safe-for-work version of ass, confused by Americans wearing fanny packs on the front where the fanny is. Means that over there they have no idea what a ‘fanny fart’ is, even though they could refer to it as a ‘f**k trump’.

Sounds like a perch that a raven could sit on before croaking some word or other. It is a bedside table. Why? They don’t call tables ‘foodstands’.

Stephen King characters were always shovelling beer nuts into their faces at bars. Are they beer-soaked? Beer-roasted? No. It means ‘any kind of nuts kept in a bowl on the bar’.

‘Blunt’ has travelled across the Atlantic, but its companion ‘40’ remains a hip-hop mystery. It’s a two-and-a-bit pint bottle of malt liquor, which only raises the question, ‘WTF is malt liquor?’

At some point in the American education system, everyone becomes a sophomore. Why? Is it like those bullshit fraternity-sonority things they have? Do they transform physically? They’re just second-years.

Assumed, given the prevailing logic over there, to be a gun. But then troublingly often associated with babies, and presumably they’re not arming infants yet? Actually a dummy.

The f**k? Kids in Sweet Valley High books were always drinking from the faucet. In your late 20s you realised it was just a tap. So what’s a spigot? A tap outside. That needed its own special word?

Do badly at high school and you’re in shop class. This makes sense because there’s f**loads of shops just in New York, let alone the rest, and someone needs to run them. Except it’s actually design and technology, making key-holders.

We’re all enlightened now thanks to the sterling work done by Kettle Chips. Which America doesn’t have. But then what are chips? They have fries but they’re fries. Don’t they have chips? Poor bastards.

Funfairs only fun if they're rundown deathtraps 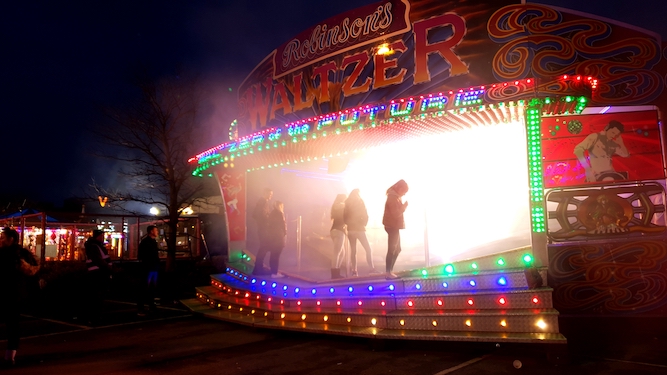 FAIRGROUNDS are only worth going to if they look so ramshackle that you are in genuine fear for your life, it has been confirmed.

They are also much more entertaining when the rides are controlled by shirtless tattooed youths who are only interested in flirting with young women and could not give a f**k about your safety.

Funfair attendee Jack Browne said: “Feeling that at any moment the seat belt on the pendulum ride might break and you’ll fall to your death and be crushed by the mechanism is where the amusement lies.

“I don’t want my fun to be sanitised. I want to see sheared-off bolts and missing wheels on the waltzer just as it’s too late to change my mind and get off, while a man booms ‘Scream if you wanna go faster!’ over a pounding techno track.

“My personal favourite ride is the ‘biscuit tin’ where there are no straps and you’re relying purely on centrifugal force to stop you being flung out and spread like jam across the car park of the local leisure centre.

“And then you round the night off by purchasing a hotdog with a 96 per cent chance of giving you food poisoning. Bliss.”