BUSY parents are increasingly relying on primates to provide childcare, it has emerged.

Animal childcare was once the preserve of families whose plane had crashed in a jungle, killing both parents.

But longer working hours and the high cost of human labour have seen millions of middle-class households employing monkey carers.

38-year-old account executive Nikki Hollis leaves her four-year-old with a group of capuchin monkeys while she’s at work.

She said: “The monkeys inhabit a willow tree in the garden. An alpha female arrives at 8.30am every morning to collect Joseph.

“It’s a very structured day, the morning is mostly grooming and I believe they spend the afternoon catching birds and spiders.

“Before the capuchins I tried employing macaques but there was an issue with throwing stones at cars so we sold them to bushmeat vendors.

“One of the main advantages of primate childcare is that unlike our last Swedish au pair my husband does n0t – to the best of my knowledge – try to fuck them.”

Recession 'not source of misery after all' 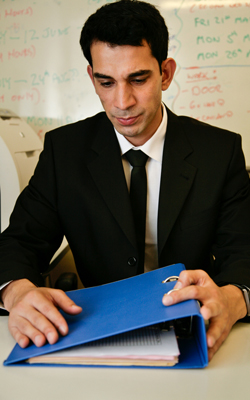 THE end of the recession has failed to bring widespread joy.

As reports show that Britain’s economic woes are receding, millions have been left wondering why they failed to spring out of bed, throw open the window and shout ‘I love you, everything!’ at the sky.

Professor Henry Brubaker of the Institute for Studies said: “The dragon has apparently been slain, but the villagers aren’t rejoicing. In fact they still look pretty fucked off.

“Could it be because Britain is still a poxy, mid-Atlantic windblasted rocky protrusion, whose citizens spend seven months of the year churning up toxic mucus?

“Or perhaps that while the rest of Europe spends their early evenings gliding between cafes sipping green drinks with friends, we spend ours alone, eating cold curry and immersing in ourselves in the cretinising, cathode inertia of The One Show?”

Professor Brubaker cited the existence of Reading, John Motson’s annoying little chuckle and t-shirts that say ‘Jesus is my homeboy’ as possible reasons why you woke up feeling pinned to your mattress by an invisible goblin of woe.

“I just need a hug, some natural light and never to hear the word ‘aspirational’ again.”