87 per cent of English people think Scotland is mythical

THE majority of English people think Scotland is a make-believe land of snow and monsters, it has emerged.

Researchers found that very few people have bothered travelling beyond Carlisle, believing that a few miles after junction 42 the M6 goes off a cliff into the sea.

Professor Henry Brubaker of the Institute for Studies said: “It turns out the reason Scotland is ignored by the English in everything from politics to football is because they don’t think it’s real.

“It exists in their minds as a fantastical world full of strange beasts, vicious savages and a cruel, endless winter, sort of like Game of Thrones but with Irn-Bru.

“In fact, most English people said they think Scotland is less likely to be real than Harry Potter, The Dark Crystal, Terry Pratchett books and every single Disney film ever made.

“If you point it out on a map they’ll say there must have been a printing error. They refuse to accept it exists, even if you offer them a Tunnock’s Tea Cake.”

Glasgow resident Tom Logan said: “Thank f*ck for that. We don’t want them all coming here when they realise England has gone tits up.”

Man who works in marketing thinks his skills are transferable 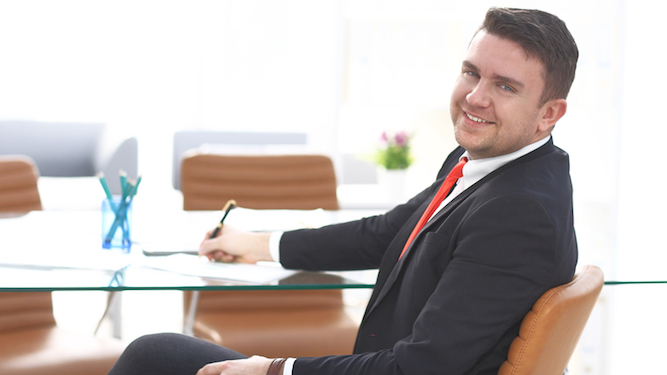 A MARKETING executive wrongly believes his skills will be useful in a variety of situations, including a catastrophe.

Tom Logan thinks his abilities geared to selling tedious products and services would be completely transferable to a host of more important activities.

Logan, 38, said: “Is there a difference between devising a marketing campaign for dishwasher fluid and going into politics and becoming prime minister? I doubt it. I could do it.

“My energy and superb communication skills mean I’d probably succeed at everything from writing a bestselling novel to leading an elite special forces unit in enemy territory.

“Even in a really extreme situation like an alien invasion I’d probably use my PowerPoint skills to organise the resistance.”

Colleague Emma Bradford said: “It’s questionable whether using words like ‘edgy’ and being the loudest in meetings are actually skills or just grating personality traits.

“However if, in a post-apocalyptic scenario, you need someone who spouts stupid buzzwords and slags off other people while making himself look good, Tom’s your man.”