All craft beer tastes of metal

EVERY single fancy beer just tastes like a different type of metal, it has been confirmed.

An independent panel of food and drink experts has confirmed that red ales taste the most of metal, IPAs taste like tin, and every beer from Belgium is like licking a scaffolding pole.

Ignoring brewers’ claims about their beer tasting of apricots, chocolate or lemons, their notes contained descriptions including ‘brass’, ‘aluminium’ and ‘whatever it is they use to make drawing pins’.

Head of the panel Carolyn Ryan said: “Back palate, front palate, whatever. It’s all the same. Go on, have a swig of this and tell me it’s not like accidentally biting your spoon.”

The panel also found that all wine tastes like bits of wood, and all truffles smell like gas. 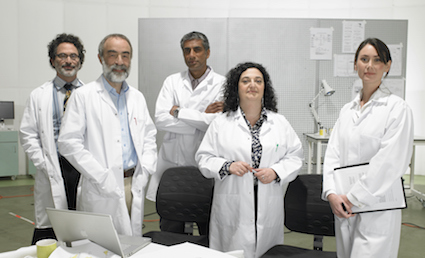 VEGAN scientists have announced the discovery of something else they can talk about apart from their veganism.

The discovery was made this weekend following months of research which mostly consisted of talking about the perils of veganism and what good vegan recipes they knew.

Vegan scientist, Julian Cook said: “Being a vegan, this subject matter is obviously of great importance to me.

“As vegans we are always looking to expand our horizons and try new things so this second topic of conversation will hopefully open a lot of doors for people.”

Fellow vegan scientist, Emma Bradford added: “My veganism is very important to me and everyone who knows me knows that.

“My only fear is that this new topic of conversation may detract from veganism as a whole and that’s something that I’m sure none of us want.”

Rumors are circulating as to what the new conversation topic is, with some guessing that it will be yoga or possibly gluten intolerance.

Bradford added: “It’s neither of those. Even though they are both enormously important.”