AUCTIONEERS have discovered an unpublished Enid Blyton manuscript about a group of children who spend the summer deporting gypsies.

The story was among a number of lots bought by a children’s literature centre including Blyton’s ‘Patented negro classification chart’ which she used when hiring staff and the hockey stick she used to beat them with.

Pre-Sesame Street children’s literature expert, Nikki Hollis, said: “This new book is an incredibly exciting find, especially the chapter where Anne and George are hosed down with disinfectant after holding hands with a pair of Polish boys.

“It shows the Famous Five growing up a little, as the focus moves away from cycling around Cornwall having adventures and centres on them getting jobs in the local immigration department so they can apply to have a traveller’s camp bulldozed.”

Hollis says jottings in the margin suggest Blyton intended it to be part of a series of books, with other titles including ‘Five Call For Tighter Border Controls’ and ‘Five Go Jew Hunting’.

The author also made copious notes for a new version of Monopoly where the players have to buy all the property in a village to keep it English.

The manuscript will go on display next month alongside a first edition copy Toyland Burning, where PC Plod deliberately botches his investigation into Noddy and Big Ears dragging a golliwog to his death by tying him to the bumper of Noddy’s taxi after Tessie Bear claimed she was raped. 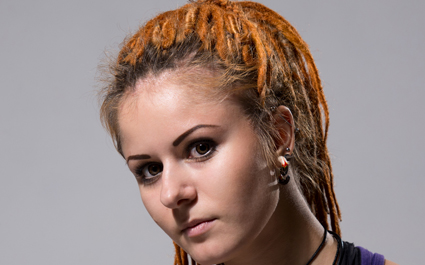 STREET fundraisers are to be psychologically re-conditioned to reduce their self-confidence to human levels.

In a move designed to make high streets slightly less wretched, the constantly effusive bastards will undergo treatment which includes having their eyelids stapled to their forehead while a huge screen shows a nine-hour film about why they are not even remotely amazing.

Psychiatrist, Dr Tom Logan, said: “The images run the gamut of all the things they like – didgeridoos, massive trance clubs, fire ‘poi’ – while a Bernard Cribbins voiceover repeats the phrase ‘this is just shit’ until their brains can’t hear anything else.

“‘They are then given a dose of LSD before a small wizened man in a terrifying spider costume is wheeled in to make cutting, witty remarks about their dreadlocks, facial piercings, flaccid wooly hat or failed acting career until they are reduced to a shuddering, weeping mess.

“At that stage we usually give them a nice cup of tea and a cuddle and tell them they’ll be fine but we do know where they live.”

Street fundraiser Stephen Malley, formerly known to himself  as ‘Rat’, recently completed the therapy: “I used to be the sort of person who would bound up to strangers in the street like a clipboard-carrying springer spaniel and ask them if they wanted a free hug in a booming, highly affected voice.

“Now I mostly just sit in the corner and tremble.”

Dr Logan added: “They’re not such bad kids really. It’s the team leaders you have to look out for – they’re usually Australians called ‘Chip’ or ‘Renny’ who are good at snowboarding and would high-five a grieving widow at a funeral.

“I can’t tell you what happens in Room 23 but it involves something called the ‘claw baby’.”