EVERYONE who owns an Audi TT is living slightly beyond their means, it has emerged.

A survey of TT drivers found that none of them could sensibly afford the German coupe, but their aspirational attitudes forced them to get one on some crippling finance deal.

Additionally, 98 per cent of TT drivers work in recruitment and all of them have made-up double-barelled names.

Audi TT owner Mary Fisher-Jones said: “I like to project an image of myself as an affluent go-getter, even if that means buying a car that will almost certainly get repossessed.

“This year I’m going on holiday to Dubai. I can’t really afford that either.” 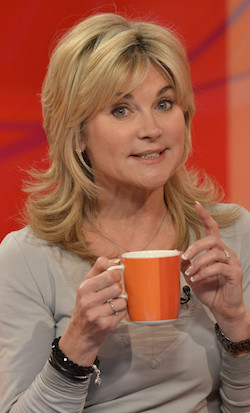 VLADIMIR Putin has compared Prince Charles to Anthea Turner because he is a fragrant, middle-aged woman with no power.

The Russian president thanked the Prince for comparing him to Hitler and said that like Turner, the heir to the throne was every mans idea of the perfect English housewife.

He added: Like Turner he is part of a great British institution, albeit one with far less power and influence than Blue Peter.

And like Turner he had a troubled first marriage with his personal life splattered all over the tabloids, before he found true love.

I just hope Charles and his husband Camilla have a more enduring relationship than Anthea and Grant Bovey.

But most of all when I think of Prince Charles, I think of someone who was born to wear an apron and keep my house clean and tidy.

I sometimes dream of being greeted at the front door by a lovely, demure English woman like Prince Charles, when I come home from my busy job of being a real man with actual power.

President Putin said Prince Charles could take a leaf out of Antheas book and make himself more relevant by appearing in the next series of Dancing on Ice.