BRITAIN’S enthusiasm for firework displays is really about avoiding extortionate heating bills, it has been confirmed.

Researchers discovered that, rather than being excited about synchronised explosions, most attendees are actually looking forward to getting the feeling back in their extremities without laying awake worrying about money.

Zero-hours courier Sarah Smith, 33, said: “It’s not just the bonfire, there’s the body heat from the crowd too. What a treat.”

Nurse Tom Logan, 27, added: “I couldn’t give a shit about fireworks.

“I’d rather be at home watching Luther, but it’s so cold that I have to wear gloves and a hat inside. If getting warm means standing in the mud, in the dark, listening to people go ‘ooh’, that’s a small price to pay – and much better value than EDF.”

Both said that they would be leaving before the finale, however, as it would inevitably be soundtracked by Katy Perry’s Firework, like every display since 2010.

Shame to waste Corbyn on a snap election, says May 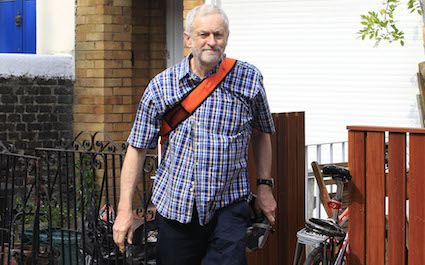 THERESA May does not want a snap general election because it would be a waste of Jeremy Corbyn, she has confirmed.

The Conservative leader still has lots of policies she wants to pursue while she has an entirely ineffectual opposition and has no intention of rushing anything.

She said: “You don’t throw away your Get Out of Jail Free card at the first opportunity. You save it for when you really need it.

“And when it’s cast-iron bolted-on that you’ll win the next election at a walk, no matter what you do to the NHS or the public finances or whatever, then you take your time.

“The Brexit court thing is annoying – I have dinner plans for April 2019 I don’t want to change – but the last thing I need is the Labour party coming to their senses and getting in my way.

“I’ve got free licence to do whatever I want to Britain for the next nine years and I can’t do any of it without Jeremy. He’s not going anywhere until 2020.”

Corbyn said: “Thank Christ for that, I thought I was going to be out of a job.”