Britons face not being able to have everything they want

BRITAIN’s ongoing economic turmoil could leave households unable to buy whatever they fancy, according to a new report.

Research by the Institute for Studies has found that rising inflation and stagnant wages could mean formerly comfortable households are no longer able to have the lovely things they like so much, like high quality muesli or throw cushions.

Professor Henry Brubaker said: “Many middle-income families are entering a new dark age where they will see things in the Sunday supplement and not be able to afford them right away.

“This will even include simple items, such as a tasteful artisan-crafted garden chair sourced from renewable forests or a retro 50s-style bread bin that oozes Mad Men chic.

“And it’s not like they can even save up for them, because we all know saving is only for demented pensioners and children who’ve just got their first piggy bank.”

He added: “If you’ve ever read The Road by Cormac McCarthy, this year’s going be a bit like that, except instead of eating dead babies we’ll be eating sandwiches we made ourselves.

“However the weather will be just as bad as in the book.”

Sales manager, Stephen Malley, said: “I’ve worked reasonably hard for most of my adult life and all I ask for in return is a big house full of the very latest gadgets, a new car every year, long holidays in hot countries, an enormous amount of golf and some cupcakes.

“If I can’t have those things I shall be forced to lie face down on my front lawn and scream.”

He added: “Sure, there are lots of people in the world worse off, but then they’ve never had nice things and yoghurts that are crunchy on top. 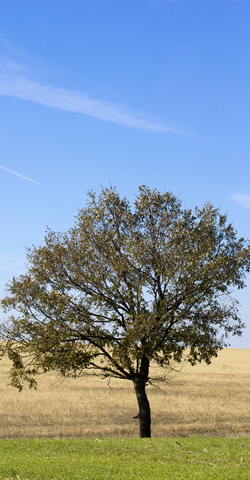 THE government has abandoned plans to force trees off benefits and into work.

Ministers had hoped to force trees to earn a living by making work more attractive than standing around in a forest all day converting carbon dioxide into organic compounds and watching Loose Women.

But now, after pressure from dozens of greasy hippies, the plans have been scrapped leaving the country’s laziest trees to thumb their bark-covered noses at Britain’s hard-working middle class.

Tom Logan, a middle class hard worker from Stevenage, said: “They should send them all back to Treeland.”

Meanwhile the government is to press ahead with plans to punish workshy human scum for possessing idle, substandard DNA.

Welfare secretary Ian Duncan Smith will today unveil his landmark reform bill in a move which Whitehall sources say will make his eyes glow red like a cauldron filled with the boiling hot blood of a freshly slaughtered lamb.

The bill is expected to give 24 regional gauleiters the power to round up thousands of unemployed troglodytes and force them to work in a munitions factory in exchange for a twice daily ration of Cup-a-Soup.

But critics have warned that unless there is a universal approach to benefits for all living organisms then thousands of people will simply side-step the reforms by pretending to be trees.

Sir Denys Finch-Hatton, chairman of the Berchtesgaden Group of backbench Tory MPs, said: “We now have three generations of Liverpudlians who are expert in fraudulent benefit claims and will, even as we speak, be painting themselves brown and practising how to stand incredibly still.

“The only way we will be able catch them out is to look them right in the eye and fire up a chainsaw.”

He added: “Surely it is better to remove subsidies from all living things, thereby giving trees the freedom to work themselves out of council forests, helping badgers to do something in computers and turning highly-skilled Liverpudlian scroungers into dining room chairs.”