Volunteers in the so-called ‘broom army’ dedicated to cleaning up riot damage have reported extreme fastidiousness, including getting between pavement cracks with toothbrushes, boiling pub banners and commandeering brushes to demonstrate ‘how to do it properly’ in a borderline angry, passive-aggressive tone of voice.

“I’ve heard talk of ‘spritzing’ and witnessed children getting shouted at for stepping on pavement that’s just been picked clean by some nutter with tweezers.

“They’re hijacking what was suposed to be a really positive, 48-hour gesture. We’re Londoners, we need a certain amount of grease, animal droppings and Oasis bottles filled with a cloudy yellow liquid that may at one time have been Oasis.”

A cleaning obsessive who asked not to be named said: “In one square inch of road surface there’s 4,546,435 types of human faeces, each teeming with deadly bacteria that look like microscopic land mines with antlers and razor sharp teeth.”

She added: “And we are not using brooms, technically they’re brushes. Brooms have softer bristles.

“However I have brought both, plus a range of industrial cleaning products I ordered online from Switzerland because they contain certain ingredients that remain illegal under dirty Europen law.

“We must do more than sweep if we are to eradicate the germs. It’s a multi-stage process involving chemicals, steam and counter-clockwise mopping movements.

“But the only way to truly wipe out contamination is to eradicate all human and animal life.

“I may have said too much.” 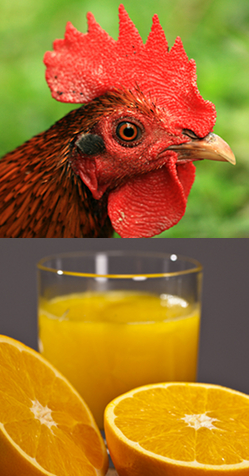 SOCIAL networks will be confined to discussions about decency, values and the glowing satisfaction of a hard day’s work.

He told the House of Commons: “Even today, as London sweeps up its tragic windows, these morally bankrupt networks are filled with crime-worship, verbal defecation and the wanton promotion of non-English sex.

“Just before I came to the House I was shown a message, sent by a feral 36 year-old PR executive, in which he advises his ‘followers’ to try something called a ‘reverse Dutch steamboat’.

“I have not the faintest idea what a reverse Dutch steamboat could possibly entail and neither does my wife. And she has a tattoo.

“Wander, decently, into any of these electric hellholes and one is immediately confronted with words like ‘pizzle’, ‘thongs’ and ‘cockjuice’. Let me be clear – if you say ‘cockjuice’ on Twitter we will hunt you down.”

The prime minister said social networks could be a force for good as long as people focused on positive messages about how much they enjoyed paying VAT and how rewarding it would be to train as a scout master.

Meanwhile, due to its greasy drug connotations, the term ‘hashtag’ will be replaced by ‘decencytag’.