SO-CALLED builder’s tea is the refreshment of choice among people who are irritating, it has emerged.

Research by the Institute for Studies found that 83% of annoying individuals enjoyed ‘builder’s tea’, which is indistinguishable from tea.

Professor Henry Brubaker said: “It’s normal tea with an ironic veneer, for Guardian fans who want to sound like they’re ‘close to the masses’.

“Requesting ‘builder’s tea’ also highlights a nauseating level of self-awareness, letting other nearby ponces know that you are clever and don’t normally stoop to unhealthy things like milk and sugar.

“We interviewed a number of builders and not one of them was aware that such a thing as builders’ tea existed. Again, they just call it tea.

“Because that’s what it fucking is. Tea.”

“Often I’ll head down to my local worker’s cafe, Imbibendis on Islington High Street, for some cockney-style banter about new media trends with my ‘muckers’ who work in brand awareness.

“Although funnily enough we had some tradesmen in last week and when I asked those salt-of-the-earth blokes how they took their builder’s tea they completely ignored me and didn’t make eye contact for the rest of the day.

“What a sad indictment of modern state education, that they don’t understand basic English.” 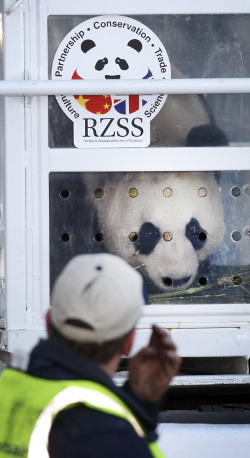 The pandas have admitted that they came to Scotland to lead Chinese investment in the country.

Tian Tian, speaking from her purpose-built £1,200-a-night enclosure in Edinburgh Zoo, said: We have no intention of changing the historic associations of the Rangers franchise which have made it a household name across Scotland and as far south as Berwick-upon-Tweed.

The only alterations will be cosmetic, such as changing the kit from blue to black-and-white, replacing the rampant lion crest with a supine panda, switching club catering from deep-fried meat pies to bamboo shoots, and insisting that all players be celibate.”

The pandas plan to visit Rangers’ training ground later this week to mark their territory with a mixture of urine spraying, goalpost clawing and bearish vocalisations.

The bears have also acquired three whiskey distilleries, eight lochs, Billy Connolly and a controlling interest in the concept of being heroically massacred.

A Chinese cash surplus has seen the nation pursuing investment opportunities in the West, and the pandas have bought Scotland’s cultural assets to further their long-term plan to open a worldwide chain of discount stores called Highland Clearances.

Despite weighing around 18 stone apiece, Tian Tian admitted that she and Yang Guang are not entirely confident on Glasgow’s streets.

She said: “We’re used to being endangered but some of those flat-roofed pubs are ridiculous.”