A WOMAN has found herself torn over whether to pinpoint the specific slice of cake that she would like.

32-year-old cafe customer Mary Fisher was purchasing a piece of lemon drizzle cake when she noticed the wild variation in portion size.

She said: “Whoever sliced this cake did so with absolutely no attention to detail. Some of the slices are three times the size of others.

“Also you’ve got the end bits, which look quite dry. If I leave this is to chance it’s pure Russian roulette yet they’re all priced the same.

“However only a dick points at the cake cabinet and says ‘I want a bit of cake – that bit of cake’.

“Maybe the solution is to say ‘I want a relatively large bit of lemon drizzle but I’ll let you decide which one is appropriate’.

“It doesn’t have to be the biggest one. The second biggest one would be fine.”

Counter assistant Stephen Malley said: “When people specificy an exact slice of cake they often seem embarrassed, but I smile and reassure them that it’s fine.

“It’s not fine, I judge those people as ‘dead-hearted petty fuckers’.”

Jailed trader to dig escape tunnel behind poster of Thatcher 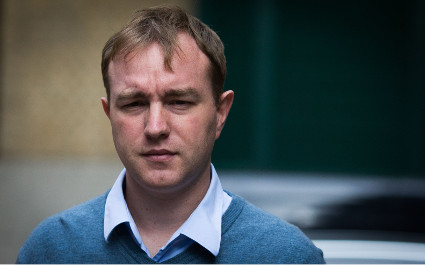 LIBOR rigger Tom Hayes is to tunnel out of prison using a poster of Margaret Thatcher as cover.

The trader, sentenced to 14 years, has already manipulated inter-cell block tobacco lending rates to amass himself more than £1.2 million in snouts and a pension of 600,000 rolling papers a year.

He used the money to buy the poster, a classic shot of Margaret Thatcher frolicking with a beach ball at Port Stanley, and set a Crossrail tunnel boring machine to work behind it.

The governor and warders are powerless to stop the escape because it is conducted in full accordance with the free-market principles on which the prison is run.