Cameron fears Snapchat will be used for sex riots

DAVID Cameron has warned that a controversial messaging service could trigger a wave of violent frotting.

After Twitter caused the August 2011 riots, the prime minister said Snapchat – which is used to send close-up genital photos that are wiped from the Earth after a few seconds – will encourage teenagers to destroy shops while rubbing themselves and each other.

Cameron said: “If a disaffected youth is sent an image of some bare breasts and a message telling him to smash up Heal’s, he is going to do it. And in a very dirty fashion.

“It’s not fair on hard-working people who have struggled, saved and just want to buy some Alessi egg cups.”

He added: “Snapchat may be used across the world, but its making members of the Conservative Party, who dont understand how it works, feel fretful and discombobulated.

“Their fears should be prioritised.”

But Julian Cook, a social media analyst, said: “Theres a lot of anxiety surrounding Snapchat, because it sounds like something a feral youth would enjoy.

“However, if Tory MPs tried it, I think they would like it.

“And then they would become addicted to it. And then one of them would get caught. And then it would be banned.”

Everyone at Glastonbury wishing they were dead 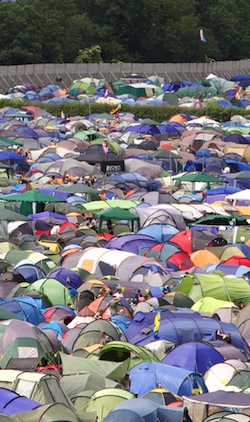 GLASTONBURY optimism and pursuit of the vibe has been replaced with dead-eyed ennui, it has been confirmed.

Before a single bongo has been played in anger, most campers have had at least one suicidal thought, typically whilst watching a river of trustafarian effluence pour past their tent.

Student Nikki Hollis, said: Emmas spent the last three hours trying to throttle herself with an Indian healing bracelet and with nothing to look forward to but Jake Bugg, I cant blame her.

When we left Saffron Waldon we were high on optimism and WKD but now I look into the only shard of mirror that survived a train journey packed with jugglers and all I see is a hollow skull of despair and face paint.

The weather continues to be neither pleasant nor entertainingly awful and booths have been set up to help people cope with the realisation they have paid the price of a holiday in Tuscany to camp in a farm whilst listening to XFM.

Meanwhile the lineup of acts has been assessed by psychiatrists as capable of causing self-harm in a Teletubby, with organisers now realising that Mumford and Sons could ‘trigger another Jonestown’.

Hollis added: Its like the end of Apocalypse Now but instead of repeating the horror I keep whispering the falafel.