Care home workers holding whip-round for MPs on £82,000 a year

CARE home workers, delivery drivers and warehouse operatives are putting their hands in their pockets for MPs on a pitiful £82,000 a year.

The workers are holding the whip-round after Sir Peter Bottomley admitted he is not sure how MPs manage on a salary which is not even six figures, plus expenses.

Wayne Hayes, who works nightshifts as a hospital porter, said: “And this is before rocketing gas bills and inflation at a level which we haven’t seen since the 70s. You’d have a heart of stone not to care.

“They’ve not been hit by the £20 cut in Universal Credit because their salaries are above the threshold, unbelievably, but they’re still going to be suffering terrible deprivation.”

Donna Sheridan, a zero-hours contract employee at a care home, agreed: “Exploiting loopholes by employing spouses and children as parliamentary staff on £30,000 a year is some help, but must feel so degrading.

“It’s no wonder so many of them have to work second jobs as advisers to City giants and law firms. Which must be very damaging to their home lives.”

Most Haunted and other bullshit TV classics of yesteryear 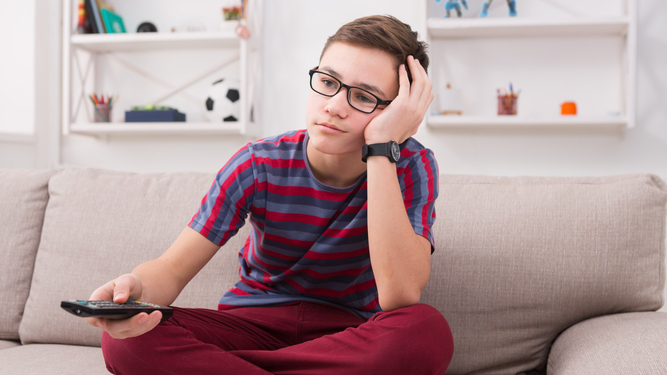 YVETTE Fielding has claimed on GMTV that the obviously bollocks ghost show Most Haunted was real. Here’s more televisual nonsense you sat through uncritically.

Unavoidable ghost hunting show which should have been titled Pretty Obviously Not Haunted. Went on for ages, despite its grimly repetitive formula of endless darkened corridors, noises that could have been anything, and precisely no hauntings.

TV schedule filler you watched while hoping something slightly better would come on, like Space Sentinels. Often featured less-popular pop stars like Barbara Dickson plugging their new single, and what child isn’t a massive fan of Andrew Lloyd-Webber?

Sci-fi fans were thrilled by the prospect of a serious, adult-oriented Doctor Who spin-off. What they got was a bunch of wankers running round Cardiff, unconvincing swearing and some aliens that were exactly as shit as the worst ones in Doctor Who.

Maybe the strangest premise ever for a sitcom: Nicholas Lyndhurst time-travels from the 90s to have unfunny adventures in wartime London. So obviously targeted at a nostalgic pensioner audience it should have called Eeh, Things Were Better In The Old Days.

Massively hyped as a shocking – and realistic – expose of modern teenage life. Actually just another Channel 4 attempt to be controversial with annoying middle class shitheads. Should really have contained no sex whatsoever, A-level revision and revolting attempts to pop your Baron Harkonnen-style spots.

Youngsters entered a thrilling interactive fantasy world of knights and quests! Or a kid slowly stumbled round a studio with a helmet blocking their vision because the technology of the time couldn’t deliver. Mis-selling of the most heinous kind.